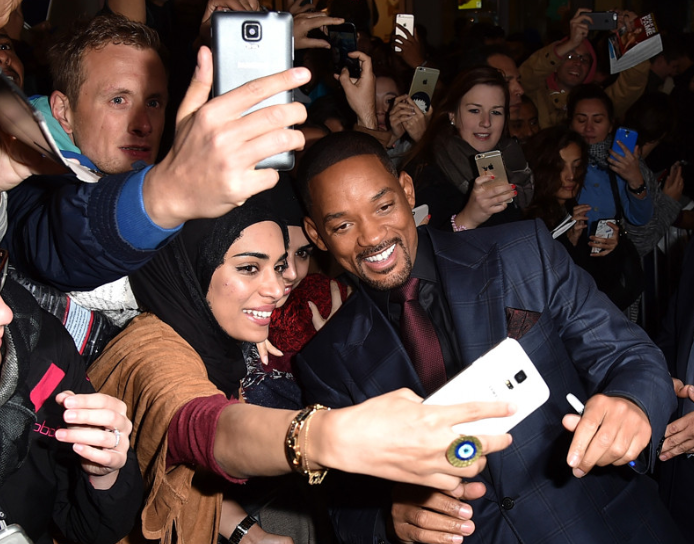 Will Smith is one of the highest-paid actors in Hollywood. According to Forbes, he earned $26 million between June 2014 and June 2015. And just recently, he landed $20 million for his role in Suicide Squad. Basically, what we’re trying to tell you is that Smith is filthy rich.

But almost a month ago, the 48-year-old actor left home and forgot to bring his wallet. He was driving down the street and realized he was minutes away from running out of gas, so he pulled into a gas station parking lot.

When he reached for his wallet, he discovered it wasn’t there. He thought about calling his wife, Jada Pinkett Smith, but it would have been too long of a drive for her.

That’s when he noticed a man in his 30s sitting in the car next to him. Smith figured this dude was probably a fan of Fresh Prince back in the day, so he rolled down his window and waited for the dude to recognize him.

It only took a few minutes, “So I kinda rolled the window down and after a couple of minutes, he was like, ‘Will?’” The fan asked Will for a photo, and that’s when Will was like, “Yeah man … I need about $10.”

The man obviously helped Smith, and when he tried to get his contact information so he could repay him, the man refused and said, “He was like, ‘Dude, no way! No way—that’s yours.”

That’s the nice thing to do, but I would have definitely gave him my contact information. He probably would have hooked that dude up with a signed poster or something.

Although, I guess having Will Smith talk about you on Jimmy Kimmel is better than a poster.