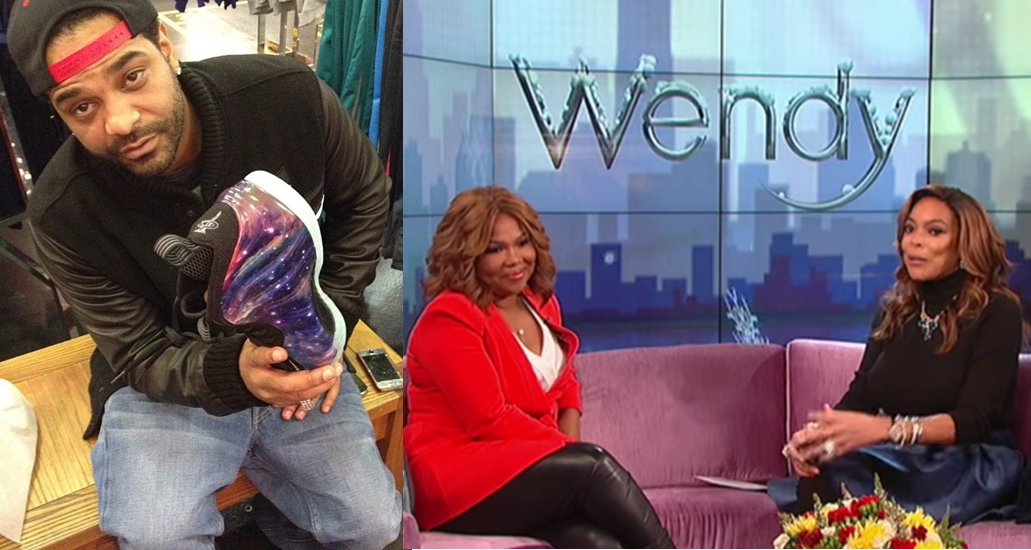 Wow! Jim Jones is in his Feelings; Goes Insane on Social Media After Mona Scott Young Explains What happened to the Deal with He and Chrissy During Interview with Wendy Williams (Deleted Angry Post) Yesterday we posted the story about Mona Scott Young and her interview with Wendy.  While our focus was primarily on Mendeecess and Yandy, Mona did mention Jim and Chrissy. However I thought she was very respectful in what she told Wendy and how she explained their relationship and what happened. I was surprised that Jimmy had words for her

Mona explained that Yandy was Jim Jones’ manager back in the day.  She explained that Yandy was her intern who left her and went on to manage Jim Jones.  She said Yandy then brought Jim Jones to her to do television.  The first show that Jim had didn’t work and do to some things that were going on with his squad Jim wasn’t feeling it.  Here’s exactly what Mona said (she was careful in selecting her words),

MONA: I think at the time he was going through a rough patch, one of the boys in his crew had been killed and he just was not in TV mode at that point.  So I came into the picture, met Jim Ackerman who was our big champion for the franchise and that Jim Jones show became Jim and the family Jones and that’s when we discovered Oh My God Krissy.  AMAZING.

WENDY: By the way- are they still under your umbrella any more?

MONA: No, No, nah-no.  We did two seasons of their spin off but then they went on and did a season with WE

WENDY: Oh so they jumped shipped.  .

MONA: Well you know, their deal swas over, they didn’t want to continue so Fly little birdie Fly.

See.  Not too bad at all.  Her tone and delivery were calm and respectful.  You can see for yourself.  The Jim Jones discussion starts at 3:20.

From Jim’s Instagram post, I assume that someone snapchatted the interview and he didn’t even watch it himself (until later).  He flew off the handle and took it to Instagram with the post you see below:

Sombody tell this fat mss piggy d*ke p*ssy eatin homo having baby father keep my name out her p*ssy eating mouth @monascottyoung for I make my momma slap u wit a box of twinkies or I beat her at home husband punk hoe *ss up lol and Tht would b for free I take that law suit on Th [sic] gin [sic] like a champ play wit me ps u should b Thankin my [sic] I saved ur life other thn Tht u was doin bad And lookin bad ol cigerette mouth wouldnd f*ck u wit Th neighbors d*ck hope u got some brothers or nephews Tht love u so I have a reason to scrape 1 of them nighas up now back to th script on way to Th gym and we goin live. After watching the show, he must have thought.  “Oh my bad”.

The only issue is that this is the internet.  We are trolling 24/7.  You can’t put anything out there and expect to just erase it.  Those are super harsh words.

In the infinite words of People’s Court, Judge Milian:

Say it, forget it.  Write it Regret it!

Tough words to live by in this day of social media, especially if you are a gossip blogger.  BTW – Mona did have a response, but as you can imagine, she took the subliminal high road.