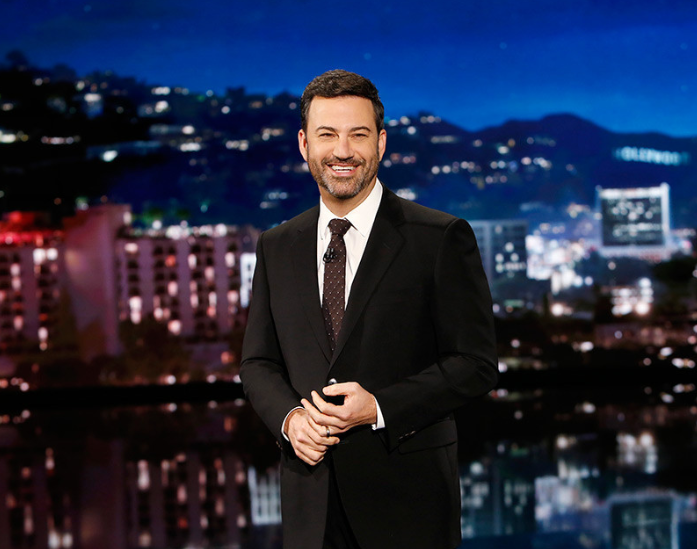 Jimmy Kimmel Is Getting Paid HOW MUCH For Hosting The Oscars? Check Out The Shocking Number Inside

Hosting the Oscars. Hollywood’s biggest night. You would think a gig as prestigious as this would pay extremely well. After all, it’s not just one night of work. The hosts prepare a month in advance. It takes a lot of time and work.

Jimmy Kimmel will be the host of the upcoming 2017 Oscars. The news was announced almost two weeks ago, and most people seem to be happy with the decision. After all, he did a fantastic job hosting the 2016 Emmy Awards. That’s probably what landed him this gig.

The 49-year-old late night host was on KROQ’s Kevin & Bean morning show on Wednesday, and he made the shocking announcement that he’s only getting paid $15,000 to host the Oscars, and it’s only that much because the producers had to pay him something.

“I think it’s illegal to pay nothing,” Kimmel said. He then added, “I’m not sure I was supposed to reveal this, but nobody told me not to. I consider this their fault.”

And according to Kimmel, this amount is what previous hosts received as well. Even celebs like Chris Rock and Billy Crystal. They only got around $15,000, at least that’s what the producers told Kimmel.

This year was a bit of an anomaly. Typically, the host of the Oscars is revealed in September or October. We didn’t get this year’s announcement until December.

Kimmel joked about why the decision came so late, “They asked like 14 people and they all said no and then there was me. I absolutely was surprised.”

He might have been the only one surprised. Most everyone believed he would get the hosting gig. He’s the safe choice.