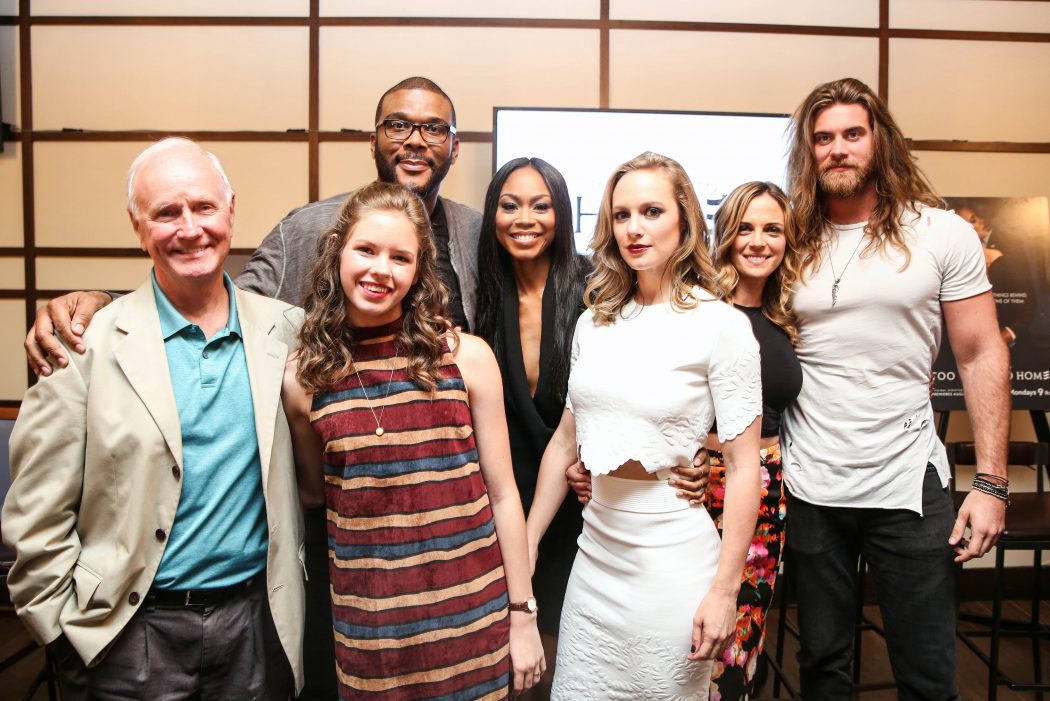 In Defense of The All White Leads in His Newest Drama, Tyler Perry says, “We all Got the Same Dramas. So I’m not Seeing Color As Much”. Really? Before everyone goes too crazy, let’s put that quote from the headlines in the proper context.  Tyler Perry wouldn’t say anything like that right?  Because he knows better, right?  Although what he said is true, it’s also very naïve.

After the cast for his newest series on TLC entitled Too Close To Home was revealed, he started to get bashed for his lack of black actors.  This left fans betrayed and befuddled.  They began to cast shade on the project, even calling it a rip off of Shonda Rhimes Scandal.

A young woman is forced to return to her trailer-park beginnings after her political career is derailed by a sex scandal.

As the second half of the first season gears up to premier on January 4th, Perry decided to address the issue.  During an interview with the Associated Press, Tyler said that he considers what his critics are doing to be reverse racism.  He explained,

“I don’t know if it was because they thought I should only be giving jobs to black people. Well, I think that’s ridiculous. If you look at the hundreds of black people I’ve given jobs to and even the ones I’ve made millionaires, people of color, I just think it’s unfair.

“I’m just finding out more as I travel the country and world, the more I meet people, we’re all the same,” he said. “We all got the same dramas. So I’m not seeing color as much as I did anymore in the sense of our stories. Our stories are so similar.”

There is absolutely nothing wrong with branching out;  Shonda Rhimes has done it, Spike Lee has done it, and I would expect Tyler to do it.  A cross over hit expands  your opportunities in Hollywood exponentially.   Why restrict yourself as an artist or a businessman? However, Shonda, Spike or any other creative black leader would not go as far as to say, “We all got the same dramas”.  What I think he met was on a macro level.  We all want to find love, we all want to belong, we all want the best for our families, we all want to be successful.  Most drama fits into those categories.

But to make that blanket statement, that we all got the same drama would mean that Black Lives Matter is totally unnecessary; any affirmative action is totally unnecessary, historically black colleges are unnecessary.   Some of you reading this are shaking your head saying, “Yep and they are”.  That’s cool, but none of you are Tyler Perry –I would expect a much more informed opinion from him.

Hopefully this was a misquote from the Associated Press.  In any event, Tyler will put out another Madea film, we will all yuck it up and he will continue to go to the bank.  I ain’t mad at him.