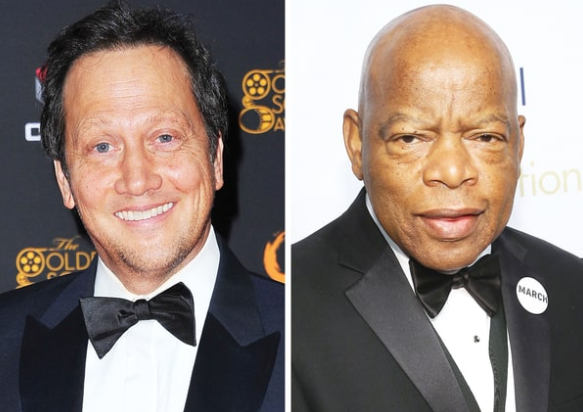 You all remember Rob Schneider, right? He’s that dude who wouldn’t have a career without Adam Sandler. He’s basically a really long pube on Sandler’s nuts. His acting skills are questionable and his comedy is atrocious.

As some of you may have heard, Lewis recently spoke out against Donald Trump and informed everyone he would not attend the Inauguration on Friday.

This, for some reason, upset Schneider and he sent out the tweet you see below…

We have no idea why Rob Freakin’ Schneider thought it was his place to say something on this matter, especially to someone who was actually with King on the day of the March on Washington for Jobs and Freedom in 1963.

He did it though, and the fine people of Twitter made sure he will never forget it. Check out the tweets below. The entertainment value is worth it. I’m glad people like Rob Schneider exist. Honestly, this gif is probably the best response to Rob’s tweet (h/t @erickfernandez)