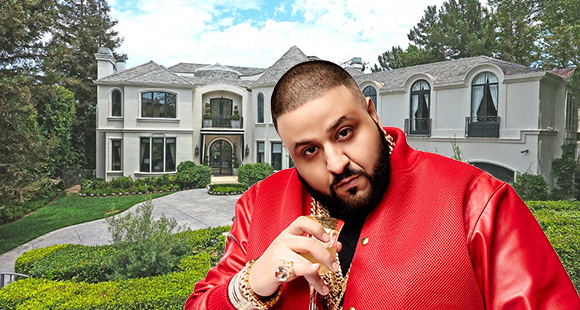 Social media has been good to DJ Khaled.  He put Snapchat on the map fro hip hop heads and now the industry is rewarding him and his hard work with the riches he deserves.  Everyone loves him.  What’s not to love?  He’s always in a good mood, surrounded by the finest women, the finest cars and he genuinely seems like a good dude.

Remember what he said about being on Beyonce’s tour?

“I want to thank Beyoncé for putting me on stage in front of a stadium full of loyal fans of the Hive and Fan luv! Dreams come true. Momma I made it!!! Fan luv we did it. We showed THEY that nothing can stop us if we move with a clean heart and a clear purpose.”

Now he’s doing commercials.  A lot of them: Beats, Nike, T-Mobil and now even Turbo Tax.

A lot of people think that Khaled is a foreigner but was born right here in Louisiana.  He was behind the scenes doing production work for albums going all the way back to 2006 for groups such as Terror Squad.  After getting some notoriety hosting his on show in Miami, he began releasing studio albums in 2006 starting with “Listennn… the Album”.  The rest as they say is history.  $20 Million later, and he’s house shopping in Beverly Hills!

WHAT ABOUT THIS HOUSE?!?

Khaled recently scored this house from Robbie Williams.  Williams purchased the house in 2002 for $5.5 million and listed it this past June for $11 million.  After being on the market for nearly 8 months, Khaled grabbed it for $9.9 million.

Williams made a nice return, however that $4.4 million dollar gain is chump change for the Britsh pop singer as he’s is worth 10 times as much as Khaled at an estimated $200 million.  Damn! Williams has upgraded to a $32 Million property more fitting to his needs.

Meanwhile, check out Khaled’s new crib!! Does this get you motivated??