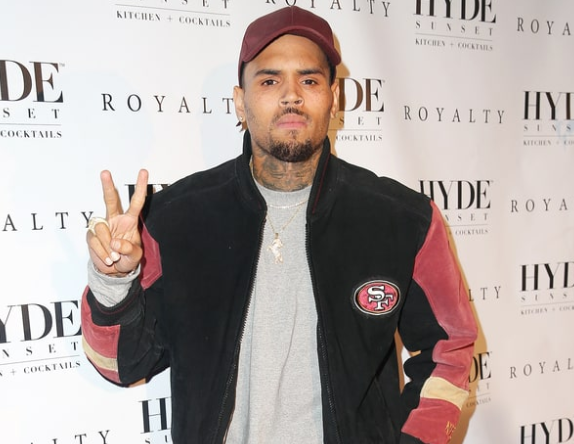 Chris Brown Warns Women That He’s A Stalker In Unsettling Video: “If I Love You Ain’t Nobody Gonna Have You” (VIDEO)

Ever since his troubled relationship with Rihanna several years ago, Chris Brown has made it clear that he’s not the best boyfriend in the world. He’s possessive, abusive and conceited.

And on Tuesday, he went on his Instagram account to warn his future lovers about his disturbing behavior. The 27-year-old singer told the camera…

“Ladies, y’all be complaining about n—as being, like, stalkers and in love with y’all, kinda crazy and s–t and you get tired of it. Well, guess what? I’m one of them n—as! If I love you, bitch, ain’t nobody gonna have you. I’m gonna make you miserable.”

You hear that, bitches? If Brown locks eyes with you, you ain’t locking eyes with no one else. CHRIS BROWN IS GOING TO LOVE YO’ A** FOREVER, AND HE DON’T CARE IF YOU’RE MISERABLE. THAT’S TRUE LOVE!

He ended the clip with, “I’m going to chase that n—a out and I’m gonna chase yo ass around, and it’s done.”

How romantic, right? That’s some Lifetime movie sh*t right there, you know, if Lifetime actually made movies about black people.

Anyway, this version of Brown we’re seeing in the video shouldn’t surprise you. Heck, the whole feud with Soulja Boy started because Soulja liked one of Karrueche Tran‘s photos on Instagram. Brown was just over there stalking her page to see who liked her photos.

Dude needs to get some help. He needs to hit up one of them silent retreats. Let go of all that anger, man. It’s not good for you.