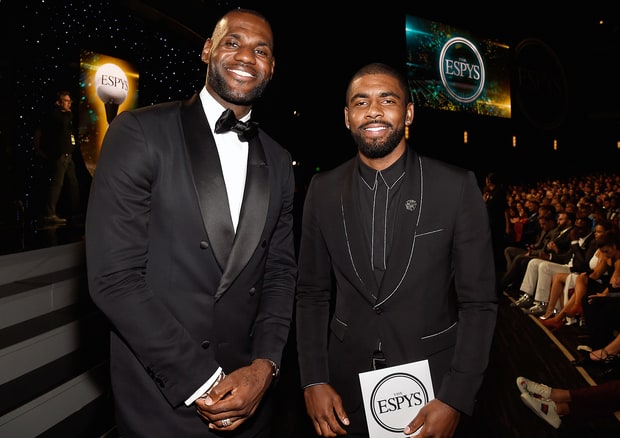 NBA Star Kyrie Irving Gets Blasted After Saying He Believes The World Is Flat, LeBron James Offers Him Some Support

It’s 2017, and it’s hard to believe anyone still believes the world is flat. The theory was debunked centuries ago. It’s just not possible for the Earth to be flat, and since I am just a gossip writer, that’s as deep of an explanation you’re going to get from me.

And just one day later, he repeated the same comments to ESPN. He said that people should do more research, “Hopefully they’ll either back my belief or they’ll throw it in the water. But I think it’s interesting for people to find out on their own.”

Obviously this shocked most everyone. It’s great he’s telling people to do their own research. We’d never argue against that, but it might be more honorable if he started with a piece of information that wasn’t already a fact.

During an interview with USA Today, Irving was forced to admit his theory would be “scientifically impossible,” and then he went on some strange tangent about real news and fake news…I don’t know.

I’m not sure what his point is. It’s not surprising that people started talking about this. When people say silly things, the internet reacts to it appropriately.

LeBron James was asked about Irving’s comment, and he had nothing but support for his friend…

“Kyrie is my little brother. He’s my All-Star point guard, superstar point guard, and if he decides he wants to say the Earth is flat, so be it. He’s an interesting guy, and he believes it.”

That’s an interesting trend I’ve been noticing lately. If someone says something wild, like claiming the Earth is flat, a lot of people will say, “Wow. What an interesting guy. I want to hear what else he believes. He’s so unique.”

No. It has to be something that’s actually deserving of praise. A truly fresh way to think. Believing the Earth is flat is as stale as the crackers your Grandma is always offering you when you come to visit her at the retirement home.