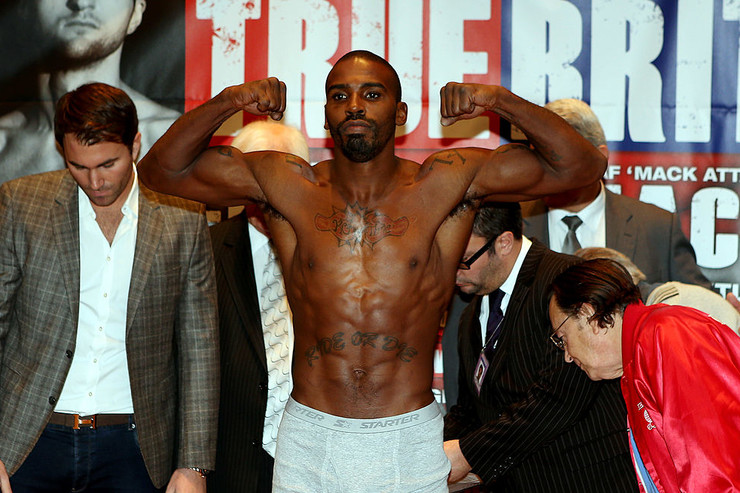 37-year-old professional boxer Yusaf Mack nearly killed a dude inside a barber shop in Philly this past weekend. The openly gay boxer has apparently been receiving a lot of hate online for being gay.

And most of the hate is coming from one guy. This dude has been trolling Mack almost every single day on Twitter, and Mack decided he couldn’t sit back and take it anymore.

So he found the man at a barber shop and beat the sh*t out of him. He allegedly jumped the dude while his head was in a sink in the middle of a wash, so that’s pretty f**ked up, but I guess that’s what you get for talking so much smack.

Paramedics were called to the scene, but it’s not clear if the victim had to take a trip to the hospital. It’s also not clear if Mack will face any charges. According to TMZ, he’s unapologetic and says the troll got what he deserved.

The victim refuses to talk to the media, but he continues to post anti-gay statements on his social media profile. He went on his Facebook and wrote, “I rather have a video of some beating me up then a video of someone seeing me take a d*** up my a** any day.”

Bruh…you best shut the hell up. Mack could have killed you if he wanted to. He could have jammed his c**k so far up your a**.