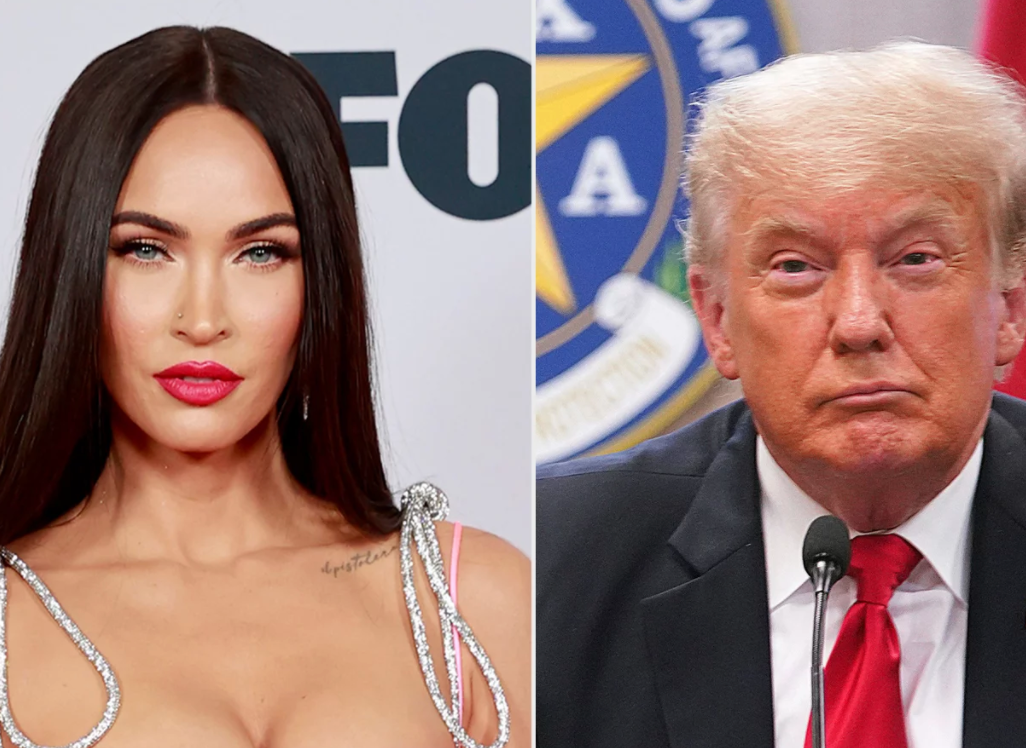 People lost their minds earlier this week when Megan Fox appeared to call Donald Trump a legend during an appearance on Jimmy Kimmel Live.

The 35-year-old actress talked about what it was like attending the UFC 264 fight in Las Vegas over the weekend. During her description of events, she talked about how many people cheered for Trump inside the arena.

I was in a row with [Justin] Bieber, and Trump was also in my row. He had, like, thirty secret service with him. He was a legend. That arena was very supportive of Trump when he came in.

I was like, I don’t know how I feel about it, because if someone is a target, then I’m like, I could be harmed because I’m adjacent to where he is. So I was worried about my own safety, that’s all I was caring about. But yeah, I’ve never seen anything like that before. It was crazy.

If you read that quote, you certainly get the impression that she was calling Trump a legend. Fans of hers had a problem with that and begin slamming her online.

She was receiving a lot of backlash for her comment. Eventually, the hate was too much to ignore, so she had to jump on her Instagram Stories to clarify.

Fox claims she herself wasn’t calling Trump a legend. She just meant inside that building he was treated like one.

She also made it clear that she does not align herself with any political party. Oh, and she also called out cancel culture without actually saying the words cancel culture.

I don’t know man. I kinda feel where she’s coming from. She didn’t say anything that controversial. She didn’t proclaim her love for Trump. She just made an observation…a correct one, by the way. Trump was loved in that building.

If you continue to ignore the fact that Trump has millions of people who love him, we’re going to make the same damn mistake in four years. Instead of pretending like these people don’t exist, we need to figure out how to get them on our side.