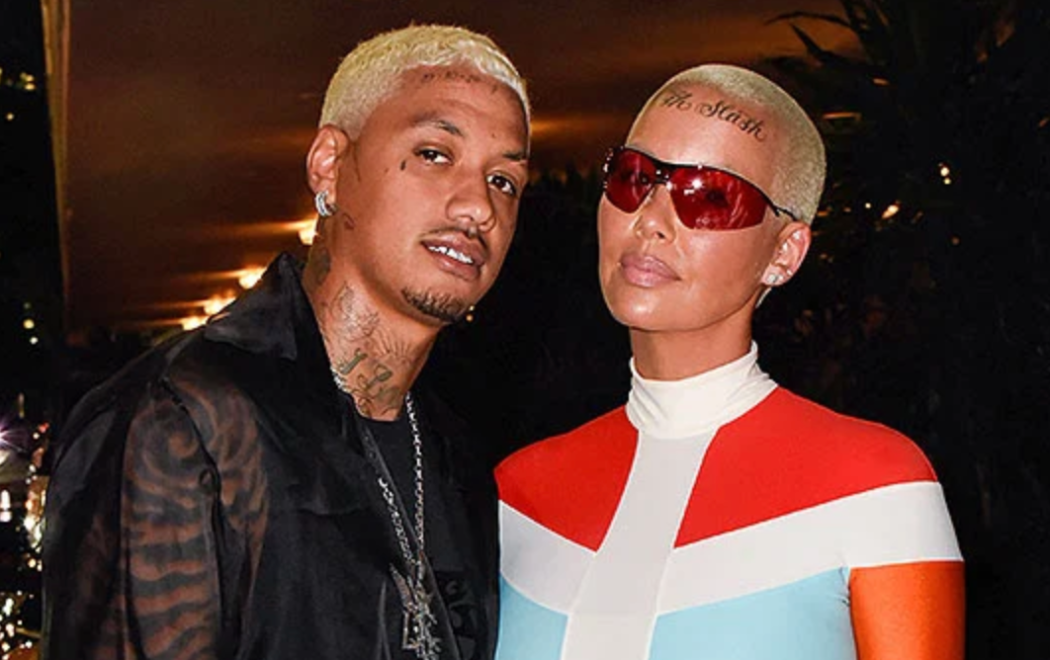 You thought Tristan Thompson was the greatest cheater in all the land? Think again. Amber Rose accused her boyfriend, music exec Alexander “AE” Edwards, of cheating on her with at least 12 different women.

The 37-year-old entertainer jumped on her Instagram Stories to call out Edwards, and she did not hold back with her messaging.

All 12 of y’all bums (the ones that I know of there’s probably more) can have him. Y’all very much knew he was in a relationship with a baby and y’all decided to f— him anyway. I saw all the texts and DM’s. Y’all were well aware but y’all don’t owe me any loyalty so it’s whatever.

Rose refused to name the women involved, because she says she’s not in the business of ruining lives, but she did say her relationship with Edwards was over.

I can’t be the only one fighting for my family anymore. I’ve been so loyal and transparent but I haven’t gotten the same energy in return. As for him… The lack of loyalty and the disrespect is ridiculous and I’m done.

Rose and Edwards were first linked together back in 2018, making their public debut together at the fourth annual SlutWalk. She opened up about their relationship in 2019 when she wrote, “Edwards came into my life at a time where I’ve had enough of the narcissistic, cheating and abuse I’ve endured over the years from my previous relationships.”

According to a report from Entertainment Tonight, Edwards basically confirmed the cheating while speaking to BIG VON.

Obviously you didn’t love ’em enough, man. I don’t think you do this type of sh*t if you love someone. Obviously mistakes can be made. No one is perfect, but 12 women? Nah, man. That’s not love.

Looks like Rose needs to hire someone to find a man for her, because right now, it’s clear she does not know how to pick them.