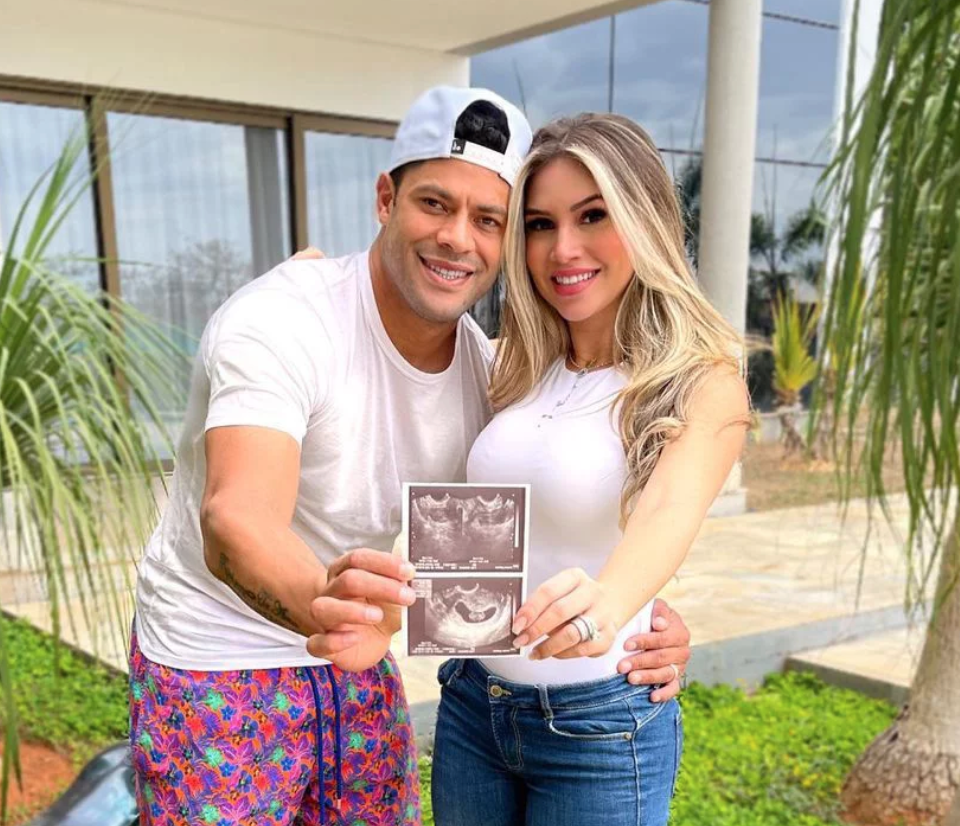 RED CARD: Brazilian Pro Soccer Player Is Having A Baby With His Ex-Wife’s Niece

Typically, some soccer player in Brazil getting a woman pregnant wouldn’t be breaking news, but this Camila chick is the niece of his ex-wife!

The 35-year-old athlete started dating Camila, the niece of his ex-wife Iran Angelo, in late 2019 after ending his marriage just a few months prior. So you know there was some cheating happening.

They got married in March of 2020 and now a little over a year later, they’re expecting their first child together.

He went on his Instagram to show photos of the ultrasound scan, with the caption, “Today with a heart full of gratitude to God, I come to share with you that for the fourth time I am being blessed with another child.”

He shares three children with his ex-wife, so this will be his fourth kid. I’m still trying to figure out how the kids will be related. I’m too dumb to figure it out. If you know, drop a comment. Either way, it’s gonna be a weird a** family.

Back when the news first broke of him dating the niece of his ex-wife, he claimed nothing happened while they were still married (uh, sure) and that no one should care because they’re both young and sexy.

I am a man. I was not happy in my marriage. I had countless reasons. … I don’t think I’m an ugly person, and I’m young. Camila is young and extremely beautiful. We ended up getting involved. We were single.

Hey, man. You do you. I think there are more fish out in the sea. You know, those fish that aren’t related to your former wife, but hey, it’s your life. If you want to make things complicated for yourself…that’s your choice.