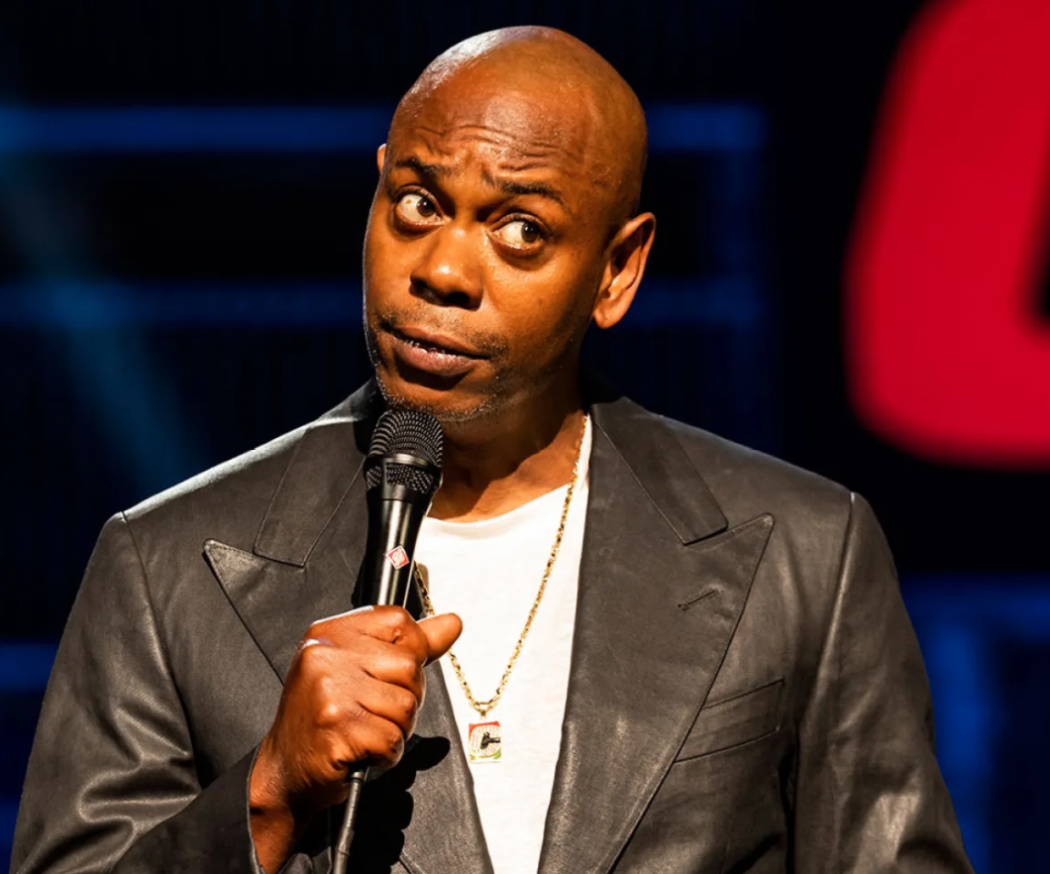 Dave Chappelle Mocks Those Who Are Offended By His New Special, Claims He Loves Being Canceled

Dave Chappelle has a bizarre obsession with trans people. He spent a little bit of his last special talking about them, but in his most recent special ‘The Closer‘, he clowned on them for several minutes.

At one point during his special, Chappelle declares himself as “team TERF” (meaning trans-exclusionary radical feminist) while defending J.K. Rowling for her anti-trans beliefs.

Chappelle jokes in his special:

Gender is a fact. Every human being in this room, every human being on earth, had to pass through the legs of a woman to be on earth. That is a fact. Now, I am not saying that to say trans women aren’t women, I am just saying that those pussies that they got… you know what I mean? I’m not saying it’s not pussy, but it’s Beyond Pussy or Impossible Pussy. It tastes like pussy, but that’s not quite what it is, is it? That’s not blood. That’s beet juice.

Look. I’m not gonna lie and say that’s not at all funny, but at the same time, it’s easy…you know? It’s easy to make fun of trans people. Chappelle is a brilliant comedian, so it’s weird for him to go after such an easy target, especially to this extent.

The Netflix special prompted the following response from GLAAD:

Dave Chappelle’s brand has become synonymous with ridiculing trans people and other marginalized communities. Negative reviews and viewers loudly condemning his latest special is a message to the industry that audiences don’t support platforming anti-LGBTQ diatribes. We agree.

Meanwhile, David Johns, the exec director of The National Black Justice Coalition had this to say…

It is deeply disappointing that Netflix allowed Dave Chappelle’s lazy and hostile transphobia and homophobia to air on its platform. With 2021 on track to be the deadliest year on record for transgender people in the United States — the majority of whom are Black transgender people — Netflix should know better. Perpetuating transphobia perpetuates violence.

And that’s the thing. There is real violence going on against the transgender community. It’s not easy being trans, at least I can imagine it’s not easy.

I truly don’t think (for the most part at least) anyone is just like, “Oh, I think I’ll be a girl today.” It’s not a feeling they have one morning. It’s a life of not feeling like yourself. The decision to transition is sparked by years of suffering. It has to be. That’s the only reason they’d put themselves through it.

In any event, Chappelle doesn’t seem to care about the negative feedback. He had a screening of the special at The Hollywood Bowl, and after the screening, he received a standing ovation.

If this is what being canceled is like, I love it. F–k Twitter. … All these stupid ass networks. I’m not talking to them. I’m talking to you. This is real life.

I can get on board with f**king Twitter. Hell, I even agree that people are way too sensitive these days. I don’t at all think Chappelle should be canceled, but I do think he should probably find a new target.

Chappelle’s crusade against the trans community feels oddly personal and doesn’t present him in the best light.