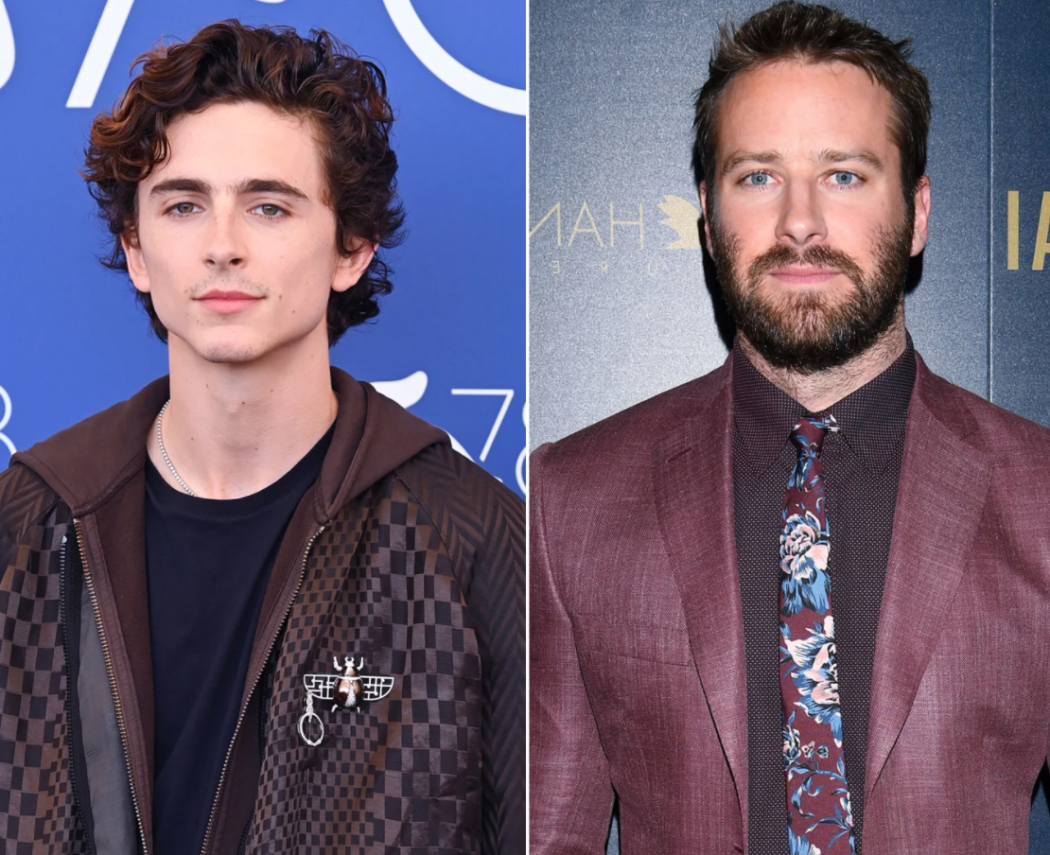 You all have heard about sex addict and possible rapist Armie Hammer. The 35-year-old actor, whose career was shining after starring in ‘Call Me By Your Name‘, was hit with multiple sexual assault allegations.

You’ll remember that multiple women came forward accusing him of sexual abuse, and one woman even accused him of rape. Dozens of text messages were released, where Hammer fantasized about rape and even cannibalism. It was pretty bizarre stuff.

After the texts and allegations were released, Hammer was dropped from a movie he was filming with Jennifer Lopez. He was also dropped by his manager and his poor wife.

He checked himself into a treatment center for drugs, alcohol and sex back in June. Apparently he had the trifecta. And even though he admitted to cheating on his wife and having an addiction to sex, he denied the rape allegations.

Hammer was also set to star in a ‘Call Me By Your Name’ sequel with Timothee Chalamet, but it doesn’t look like that’ll be happening either.

During a new interview with Time, Chalamet was asked about the allegations against Hammer, and he wanted no part of it.

I totally get why you’re asking that. But it’s a question worthy of a larger conversation, and I don’t want to give you a partial response.

That’s a long way of saying, “No comment,” which I get. He simply co-starred with Hammer in a movie. It’s not like they’re related. He doesn’t need to answer for him.

That being said, he could have said a more general statement. He could have went a little harder on Hammer. Instead, he dropped the ball a little bit.

But again, it’s not his responsibility. If someone at your job was accused of sexual assault, you probably wouldn’t want to answer for their crimes either.