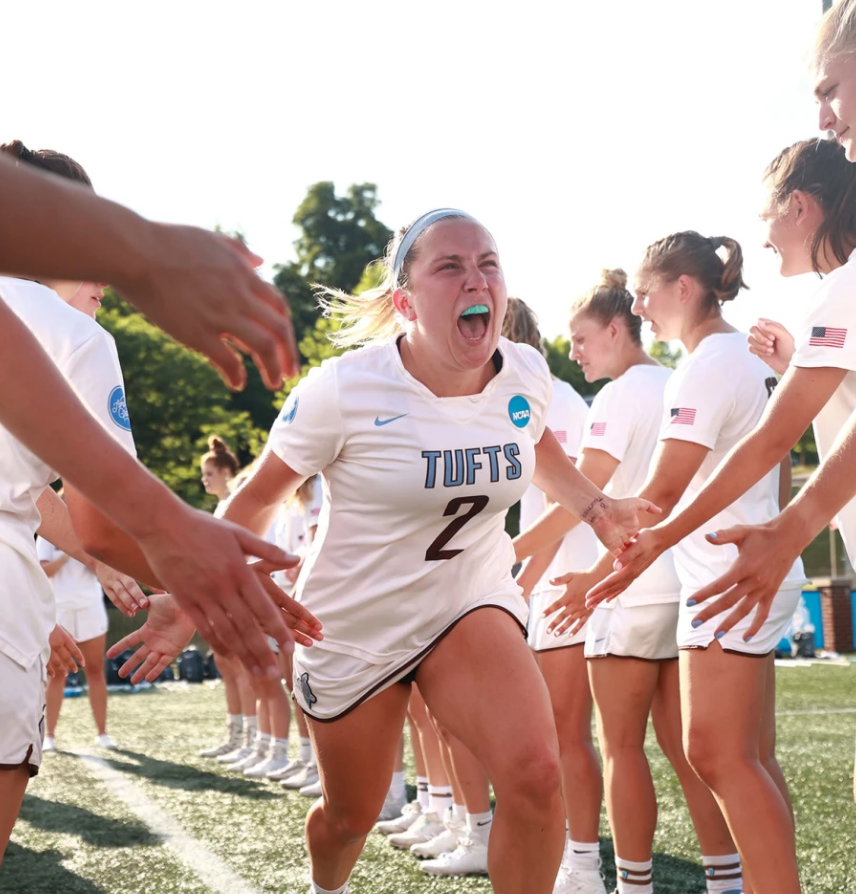 Some terribly sad/bizarre news to share today. A college lacrosse player at Tufts University has died after choking during a hot dog eating contest.

The student, 20-year-old Madelyn “Madie” Nicpon, was attending an off-campus charity fundraiser on Saturday (Oct. 16) when she participated in a hot dog eating contest.

According to the report, she fell unconscious after choking and apparently no one there could dislodge the piece of food from her throat. Paramedics were called to the scene and she was rushed to the hospital.

Tragically, she passed away just one day later on Sunday.

Thousands of classmates gathered on Sunday night to remember Madie, who was a standout athlete and a biopsychology major.

Nicpon was nicknamed ‘Scooter’ on her team, and students placed candles around her No. 2 jerseys at the vigil, which was reportedly attended by half the university’s 6,000 students.

Tributes also poured in on social media for the ambitious young woman, who was class president at Suffern with a grade-point average that exceeded 4.0, the paper said.

The Instagram page for Tufts lacrosse posted this in remembrance…

Sad, sad stuff. Our thoughts and prayers go out to her friends and family.