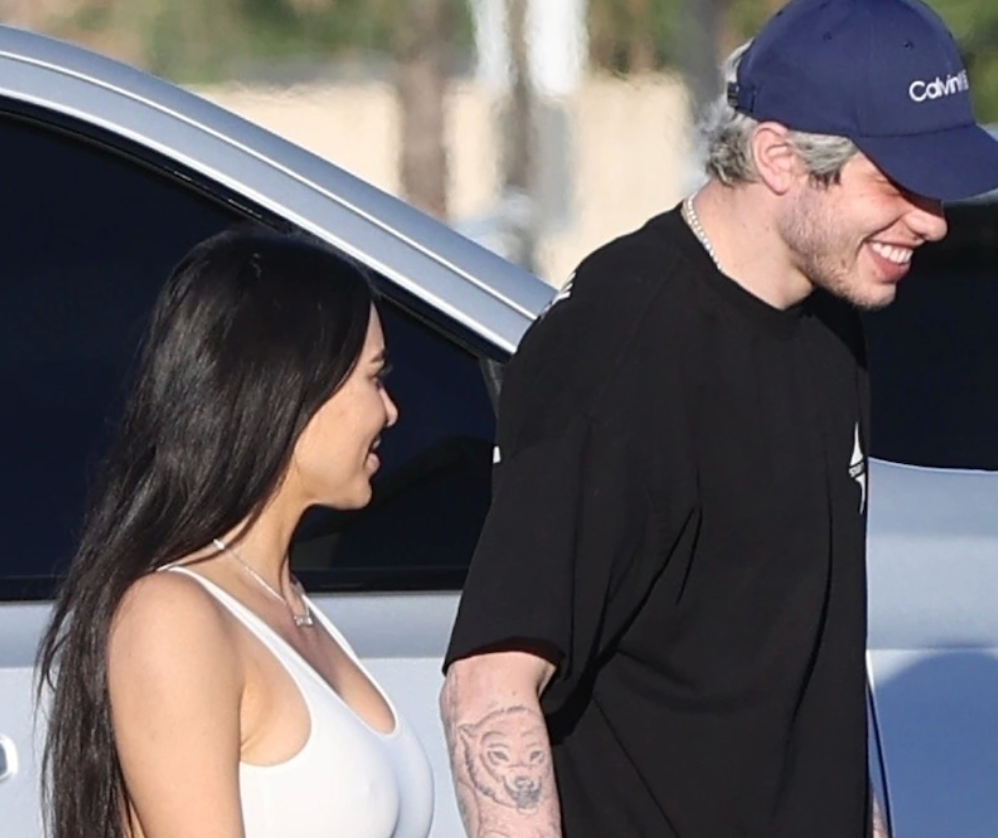 It looks like Pete Davidson and Kim Kardashian are still going strong. They spent some quality time together during this Christmas week in New York City.

Earlier this week, Pete and Kim went on a movie theater date together in Staten Island. No word on what they watched, but we’re assuming ‘Spider-Man: No Way Home’ because everyone in the world seems to be watching it.

And then on Monday, the 28-year-old Saturday Night Live star smiled from ear to ear while walking out of the Four Seasons Hotel in Tribeca on Monday. This is the hotel Kim Kardashian was staying at while visiting Pete on his home turf.

According to sources, Kim is loving getting to know Pete, specifically while inside his hometown.

A source had this to say about their relationship…

They’re clearly not hiding their romance. It seems like they want to just be able to do things any normal couple would do and have fun together.

Of course, they’re not just any normal couple. They are perhaps the most talked about couple in the country right now.

Insiders say that while fans might be surprised by this romance, people inside Kim’s circle have been encouraging it from the beginning…

They all encouraged her to go for it. It’s been very obvious for a while now that she’s been missing some fun and laughter in her life, and of course Pete offers that in abundance.

But it’ll get old, and eventually they’ll fade. I wouldn’t be surprised to see them split before Spring 2022.

Who wants to take that bet?