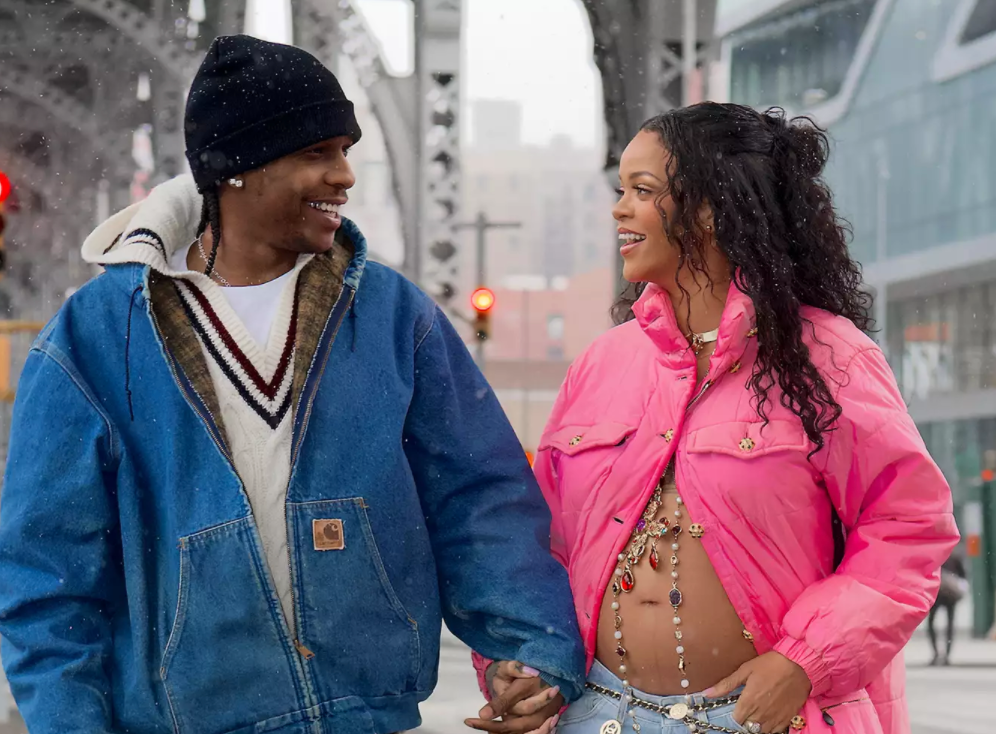 It looks like the rumors were true. Back in December, people online started speculating Rihanna might be pregnant because she was touching her stomach at an event in Barbados.

You can see the photo that sparked the rumors below…

Obviously this photo isn’t enough to prove someone’s pregnant. Heck, she could have had bad gas or something.

But it looks like for once, the rumors were true. Rihanna and A$AP Rocky decided to make their pregnancy announcement by walking out in New York City this past weekend, with Rihanna proudly showing off her bare baby bump.

It was pretty frigid in New York this past weekend, so you know she wasn’t walking around with her belly out for comfort.

This pregnancy confirmation comes just two years after romance rumors between Rocky and Rihanna jumped off. At the time, sources claimed they were just friends. After all, they had been friends for several years.

But obviously their friendship took a romantic turn, and they’ve been in love ever since. Back in May of 2021, Rocky told GQ that Rihanna was “the one”

So much better. So much better when you got ‘the One.’ She amounts to probably, like, a million of the other ones. I think when you know, you know. She’s the One.

He also admitted he thought he’d be an “overall amazing dad” so now he’ll have to walk the walk.

Rihanna said back in 2020 that she sees herself having three or four children over the next 10 years, so yeah, the plan is in motion!