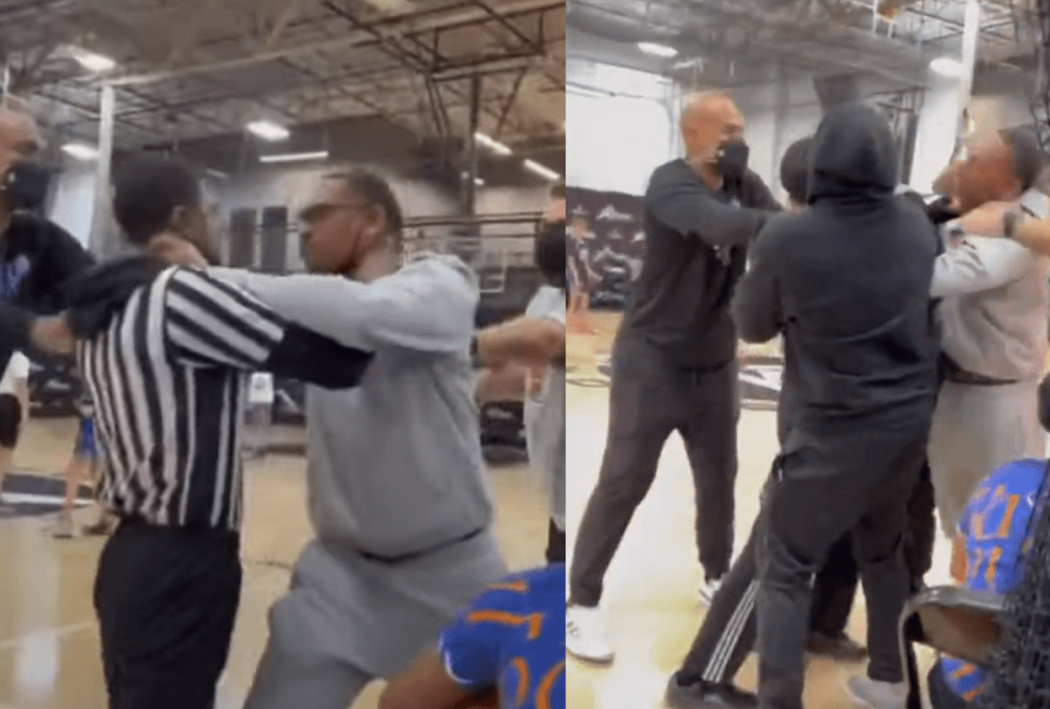 Lawd Jesus this is what we doing now days? Bruhhhhh did y’all find ol boys glasses tho pic.twitter.com/Tv8eMNnrDe

If you don’t have any kids or nieces/nephews, then you might not realize how serious people take youth sports these days. Friday Night Lights might seem dramatic, but it’s not actually that far off.

The line between letting the kids have fun and “WE WANT TO WIN!!” is sometimes blurred.

Just take a look at this crazy video from the Sports Academy in Thousand Oaks, California. During a game on Saturday featuring kids 10-years-old and younger, the head coach of the Cavs Youth Basketball’s 10U team, snapped on a ref after a controversial call.

You can see him in the video standing nose-to-nose with the ref before grabbing his neck and choking him. At the end of the clip, you can see people rushing over to help the ref. One dude appears to get a good punch in on the coach.

After the video went viral, the founder of the Cavs’ organization Darryl McDonald told TMZ Sports that the coach lost his cool after being hit with two technical fouls.

McDonald says he suspended the coach immediately, and then one day later decided to fire him based on the initial investigation.

It was unfortunate. Our program has been around for over 30 years and before it even went viral, the coach was no longer part of our program. It’s completely unacceptable to behave that way in front of our youth. There’s no excuse, I don’t care what someone says to you. You have to find a better way to handle that particular situation.

No word on if anyone was injured during the brawl, of if the ref plans to press charges against the former coach.

Keep your cool out there people! It’s not worth it! One game, one call, one moment ain’t gonna make or break your child’s sports career.