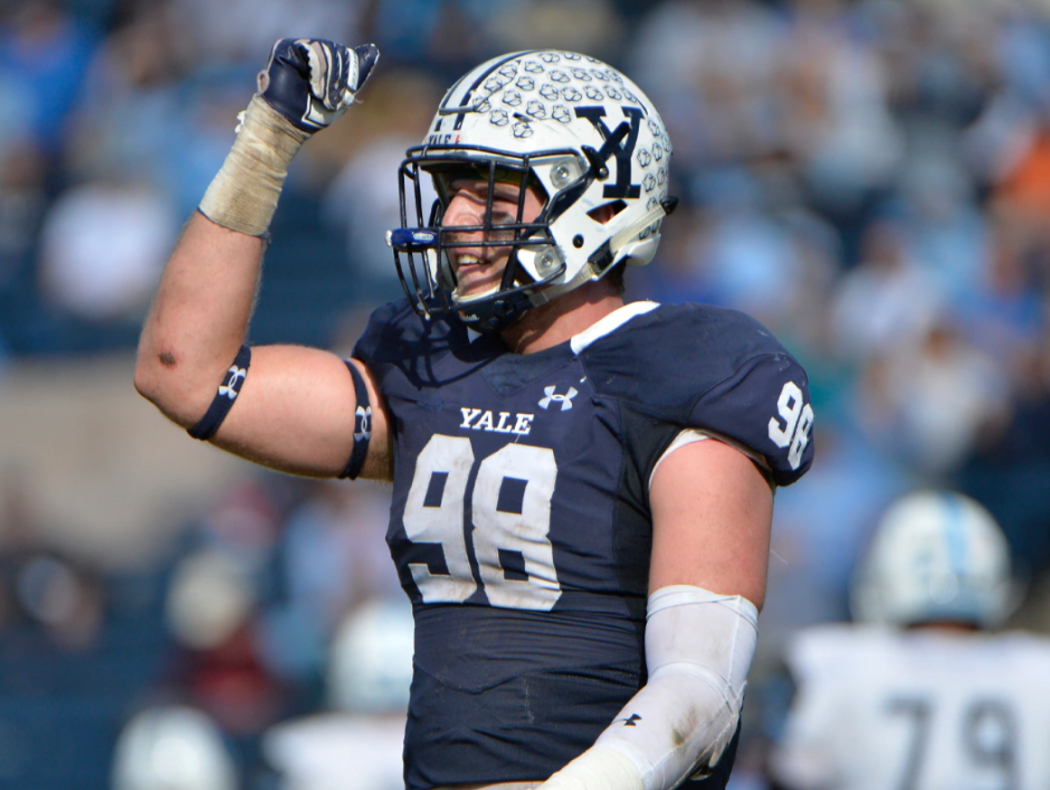 Yikes. A Navy SEAL candidate who died just hours after completing Hell Week has been identified as 24-year-old Kyle Mullen, who joined the military last year after playing college football for Yale university. He was named team captain in 2018 and was a Second Team All-Ivy League selection as a junior.

So obviously Mullen was no stranger to hard work. That’s probably why he wanted to become a Navy SEAL.

Mullen completed the grueling Hell Week on Friday, Feb. 4, but then just hours later, he and another aspiring SEAL reported symptoms of an unknown illness.

Both men fell ill just hours after they successfully completed the test that ends the first phase of assessment and selection for the elite Basic Underwater Demolition/SEAL (BUD/S) class. The Navy said neither one had experienced an accident or unusual incident during the five-and-a-half-day Hell Week.

The Navy said Mullen ‘wasn’t actively training’ at the time of his death.

The other man, who has not been identified, is currently in stable condition, but unfortunately Mullen passed away. A cause of death has not been released, but obviously an investigation is underway.

The last time a SEAL candidate died during the assessment phase was back in 2016. A 21-year-old named James Derek Lovelace was struggling to tread water in full gear when his instructor pushed him under the water at least twice. He lost consciousness and died.

His death was initially ruled a homicide by the San Diego County Medical Examiner. A year later, after an investigation, the Navy said it would not pursue criminal charges in Lovelace’s drowning. An autopsy revealed he had an enlarged heart that contributed to his death, and that he also had an abnormal coronary artery, which has been associated with sudden cardiac death, especially in athletes.

I mean, sure, but had he not been pushed under the water several times by an instructor who clearly saw he was struggling, he’d probably still be alive. Also, do they not check for heart issues before putting these dudes through misery? Nothing should go unnoticed before participating in Hell Week.

Now, we should note that Mullen’s death came after training, so this doesn’t appear to be a similar incident. Although, it’s likely still related to something that happened during Hell Week. He likely pushed his body to a limit. Most candidates have little time to sleep during Hell Week.

When you combine lack of sleep with pushing your body to its physical limits, well, it’s a recipe for disaster.

We are all saddened by the unfortunate passing of Kyle Mullen. As a member of our 2019 championship team, he will be remembered not just as a excellent player, but also as an excellent person and a great teammate. He was highly motivated on the field, but his maturity, intelligence, and concern for his fellow teammates is what stands out about Kyle. On behalf of President Leahy and the entire Monmouth University community, we wish to offer condolences to the Mullen Family on their loss.