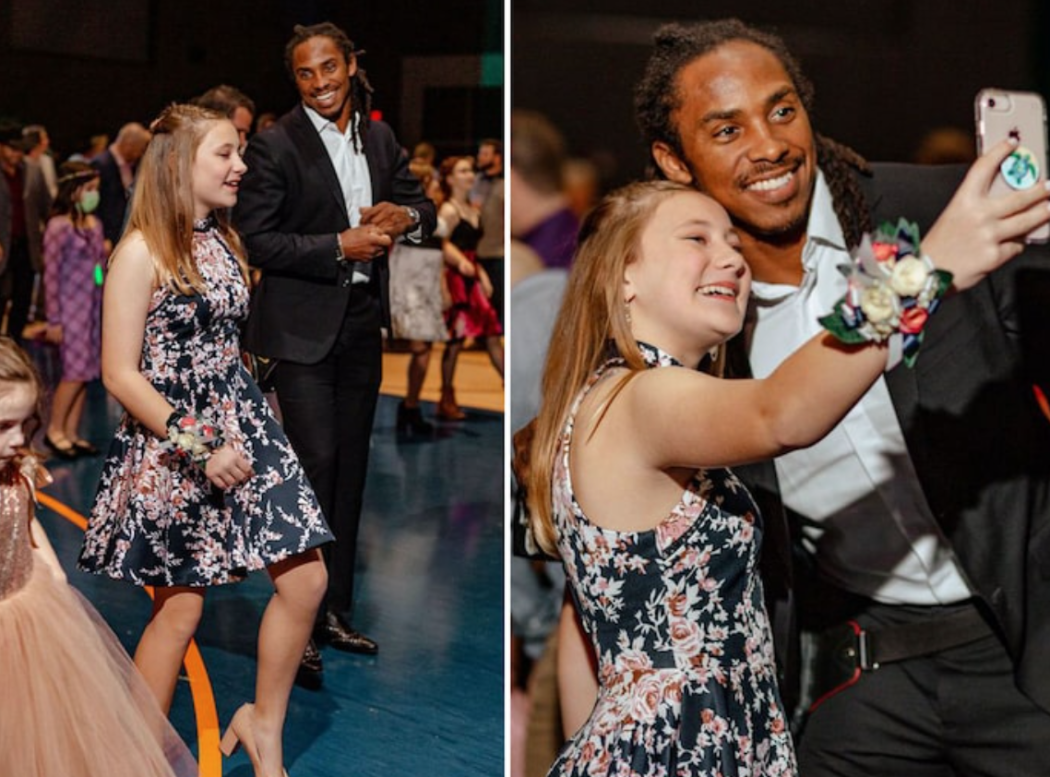 We all could use some good news, and boy do we have a heartwarming story for you today.

Philadelphia Eagles star safety Anthony Harris showed off his good guy character this past weekend by taking an 11-year-old girl to her daddy-daughter dance following the sudden death of her father and grandfather last year.

The girl, Audrey Soape, who lives in Texas, lost both her father and grandfather last year. 2021 was a horrible year for Audrey. And her mother, Holly, wanted to do something special for her. The family had always been a huge fan of Harris, dating back to his days with the Minnesota Vikings.

Well, Audrey had a daddy-daughter dance coming up at school, and Holly decided to reach out to Harris, to see if he would show up to take Audrey.

And much to Holly’s surprise, Harris said yes. The NFL star told NBC 10 the following…

Not only did he show up, he gave her the royal treatment by paying for her dress, shoes, make-up, and even had a car show up to her house to pick her up, “he just made the entire night so special for her,” Holly told reporters.

A normal player would probably be like ‘I don’t have time for this. I have to be focused for next season or the playoffs.’ But he took time out of his schedule to take me, so that was pretty special.

I’ll be honest. I didn’t know who Harris was before this post, but after reading about this story, I’m gonna be a fan for life.

I was so anxious and excited for her because she just had the most terrible year. For someone to show up and to teach her that people do show up for you, it’s just been beyond a blessing. Just the power of God and how he makes these situations happen has just been unbelievable and remarkable.