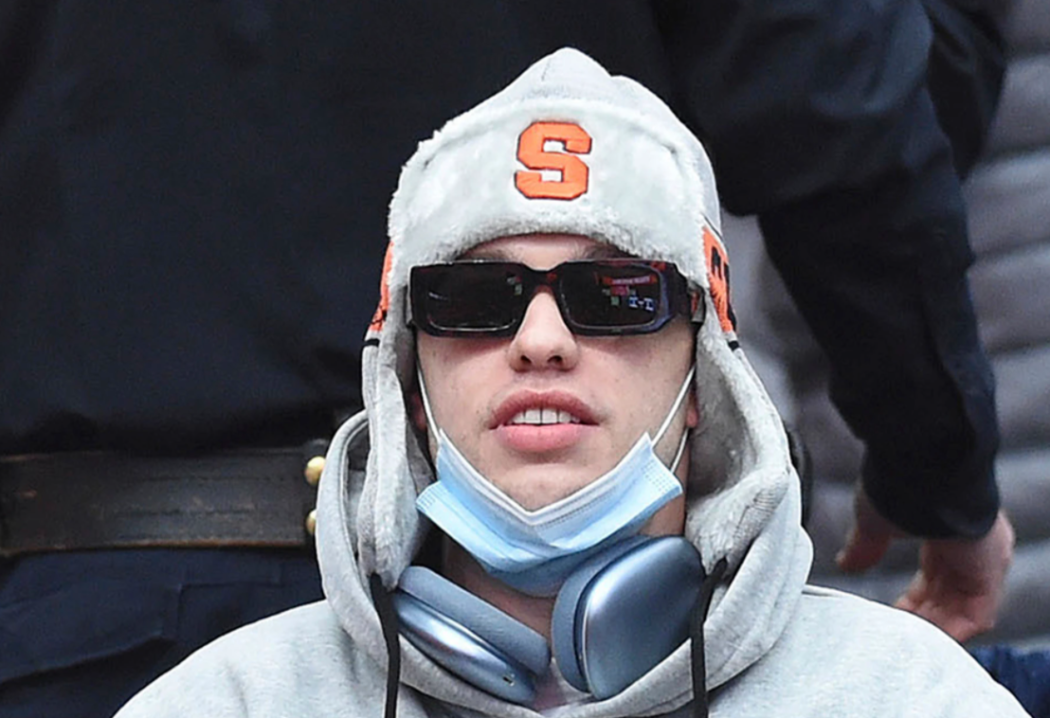 If you didn’t know, Pete Davidson has major beef with the city of Syracuse. He spent some time in the city back in 2019 filming ‘Big Time Adolescence‘ and apparently it wasn’t a great experience.

During an interview with Howard Stern, he called the city trash…

Dude, I was shooting this movie out in Syracuse. Syracuse, you know, it’s trash. Worse than Staten Island. The nicest hotel in Syracuse is, like, a f–king Ramada.

Then later that same year, he once again called out the city, telling Variety, “It sucks. The whole town of Syracuse blows.”

And even though he hasn’t dissed the city since, the people of Syracuse don’t forget.

The ‘Saturday Night Live‘ star was at a Syracuse men’s basketball game on Saturday, and the home crowd booed the heck out of him when they put him on the big screen.

As you can see, he laughed off the boos and obviously didn’t take them to heart. After all, he probably knew it was coming.

Apparently, Pete was invited to the game by entrepreneur and Syracuse superfan Adam Weitsman, who often invites high-profile celebrities to the games.

After sitting courtside for a bit, the two went up to Adam’s suite, which reportedly cost $1.3 million to renovate, making it the most luxurious 430 sqft in all of Syracuse.

The two left the game early to hit up some waffle place. No word on why they were meeting, but who knows, maybe Adam is going to invest in one of Pete’s upcoming projects. He’s a billionaire after all.

And for you people in Syracuse still pissed at Pete for trashing your city, he wants to end the beef…

After attending his first college basketball game, and a healthy amount of boos from the crowd, Pete Davidson has a message for the city of Syracuse — and it sounds like he wants a truce. ?️ pic.twitter.com/2Fki2oROzT