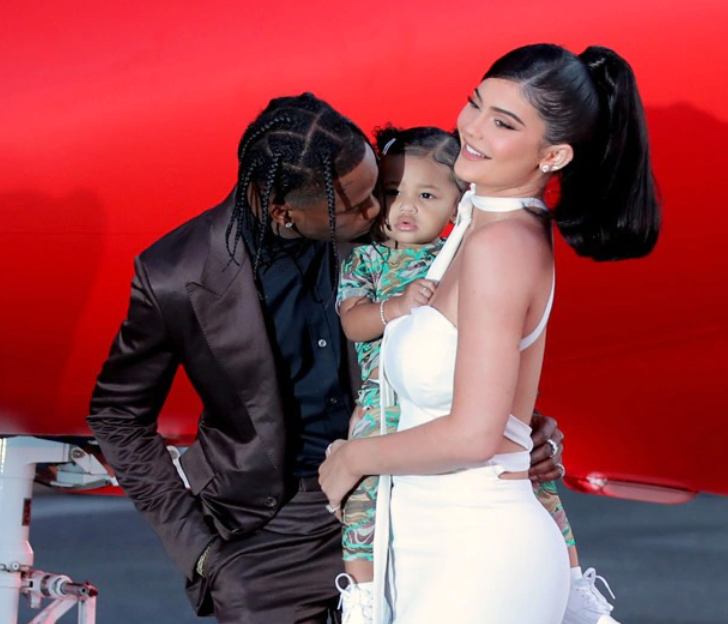 After a rough 2021, thanks in large part to the Astroworld tragedy, Travis Scott and Kylie Jenner are hoping for a more uplifting 2022.

And they’re off to a great start with the birth of their second child. Kylie made the surprise announcement on her Instagram account on Sunday. She revealed the news with a birth date (Feb. 2) and a blue heart, indicating the baby is a boy.

As you can see in the photo, the pair’s daughter Stormi was holding her baby brother’s hand…

What’s interesting is that Stormi’s birthday is just one day prior on Feb. 1, so it’s looking like they’ll be having joint birthday parties for the foreseeable future.

Kylie, 24, first confirmed her pregnancy in early September, weeks after multiple sources told E! News that the makeup mogul was expecting again. In 90-second video montage shared to her Instagram, Kylie was seen holding a positive pregnancy test before Travis, 30, hugged her stomach.

From an early age, Kylie expressed interest in starting a family and being a mother, and at just 24-years-old, she’s already the mother-of-two.

She’s also a billionaire, so you know, life is pretty great for her. No word on the baby’s name, but we’re sure that information will be released soon.

The Kardashian sisters now have a total of 11 kids, so they’re definitely prepared to carry on that Kardashian name long after Kylie, Kendall, Kim, Kourtney and Khloe are no longer relevant.