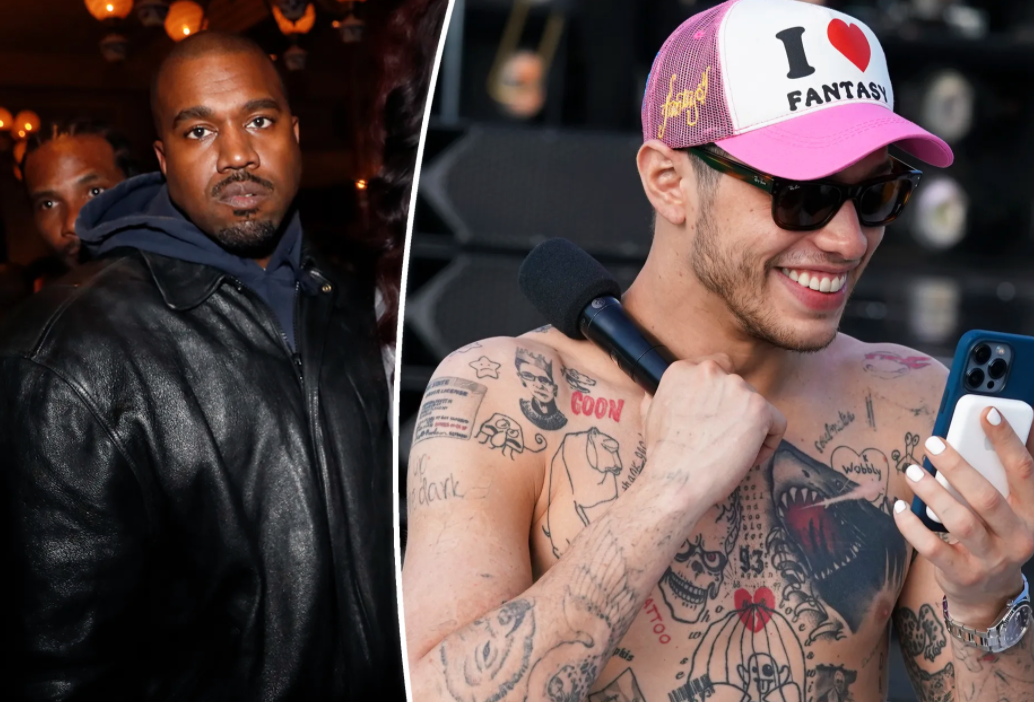 Kanye West continues to prove how mentally unstable he is. Yesterday, he jumped on his Instagram account to celebrate the deletion of Pete Davidson’s short-lived account.

You’ll remember us telling you that Pete had made an account nearly two weeks ago. He didn’t post anything on the account until earlier this week, when he shared a behind-the-scenes clip from his upcoming horror-thriller film, The Home.

Unfortunately, the comment section became a battlefield between Pete fans and Kanye fans. No one actually focused on the content he posted, so it just became a bunch of “Skete!” vs “We love you pete!” nonsense.

And likely because of this, Pete decided to delete his account. After all, he had been off the social medias for the past two or three years. It’s not like he can’t live without them.

He captioned the post, “Ran Skete off the gram Tell your mother I changed your name for life”

That’s not a good look, man. I don’t care how much beef you have with someone. If you’re over here celebrating the fact that you ran someone off Instagram? That’s middle school sh*t, man. That ain’t hard. That’s just sad. Kanye is a 44-year-old billionaire and he’s out here acting like an insecure 13-year-old.

Got me out here defending Pete Davidson! I DON’T WANT TO DEFEND PETE! DUDE IS LUCKY ENOUGH AS IT IS!