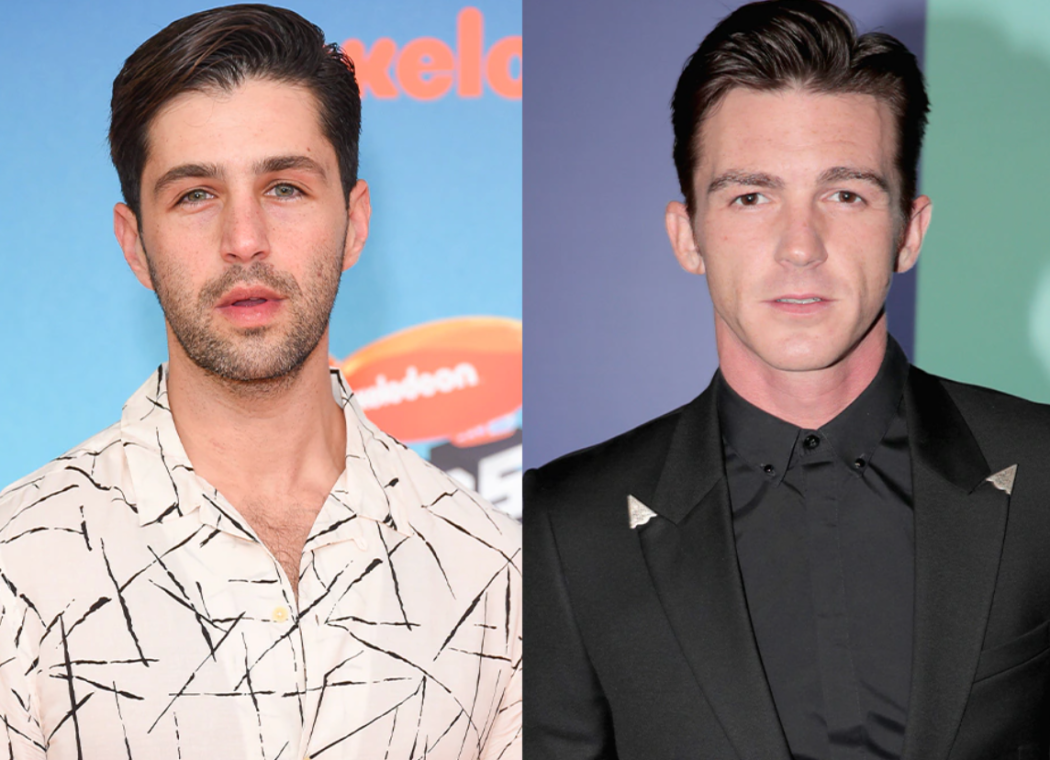 We all want to believe the actors who pretend to be best friends on screen are also best friends in real life, but that doesn’t always work out.

Just look at Josh Peck and Drake Bell. They played stepbrothers on the hit Nickelodeon show Drake & Josh for a total of four successful seasons. They also had three spinoff films, including the 2008 movie, Merry Christmas, Drake & Josh.

And after the show ended, Drake and Josh stopped hanging out. For years, they didn’t really talk to each other, but then back in 2017, their relationship really turned sour when Drake called out Josh publicly for not inviting him to his wedding.

On the day of Josh’s wedding, Drake tweeted, “When you’re not invited to the wedding the message is clear. Loyalty is key. ALWAYS remember where you came from,” he then deleted the tweets a short time later, but the damage had been done.

People started slamming Josh for not inviting Drake. Heck, they even went after Josh’s wife, Paige O’Brien, even though she had nothing to do with the drama.

During a recent interview with the BFFs podcast, Josh talked about the incident while promoting his new book, Happy People Are Annoying.

The dirty little secret, I guess, was like, I knew that Drake and I didn’t stay in touch for the 10 years since we made the show. But no one needed to know that. I was happy to just die with that secret that like, we made this thing that people really love, but maybe we weren’t that close. So I didn’t invite him to my wedding because I hadn’t really talking to him in many, many years.

Cut to, I’m getting married that night and I see these text messages from him, like cursing me out, coming for me. On the night of my wedding… I don’t care about me, it’s, whatever, I signed up to be a public person. It is what it is. But here’s my wife, who’s like, getting torn down on the Internet and I’m like, she’s private and she just got married.

I can understand Josh’s anger here. No matter how silly weddings might be, they’re still important, so the fact that Drake tried to ruin their special night is pretty messed up. That’s probably why he deleted the tweets.

Six months after the wedding drama, Drake and Josh reunited at the 2017 MTV VMAs. They hugged each other for the camera, but Josh claims their interaction was more serious because he forced Drake to apologize to his wife.

Now here’s the deal. More drama might be coming because Drake’s wife, Janet, says that’s not how she remembers the night going down.

She says Josh was not some tough guy. She says he politely asked Drake to apologize.

I stay quiet until lies happen. And the fact [is] that I was there at the VMAs I was next to Drake. I was one who told him that Josh was coming up with the camera. I literally was there, heard it all. Drake was never threatened by Josh, like, ever. That’s actually hilarious that he would act like he could be the tough guy. Like, bro you’re not tough. You said, ‘Could you apologize to my wife?’ And Drake was like, Absolutely.’ And he did, and it was great.

She also claims they hung out multiple times since then, so she doesn’t know what the hell Josh is talking about.

I don’t know, man. I DON’T KNOW WHO TO BELIEVE!