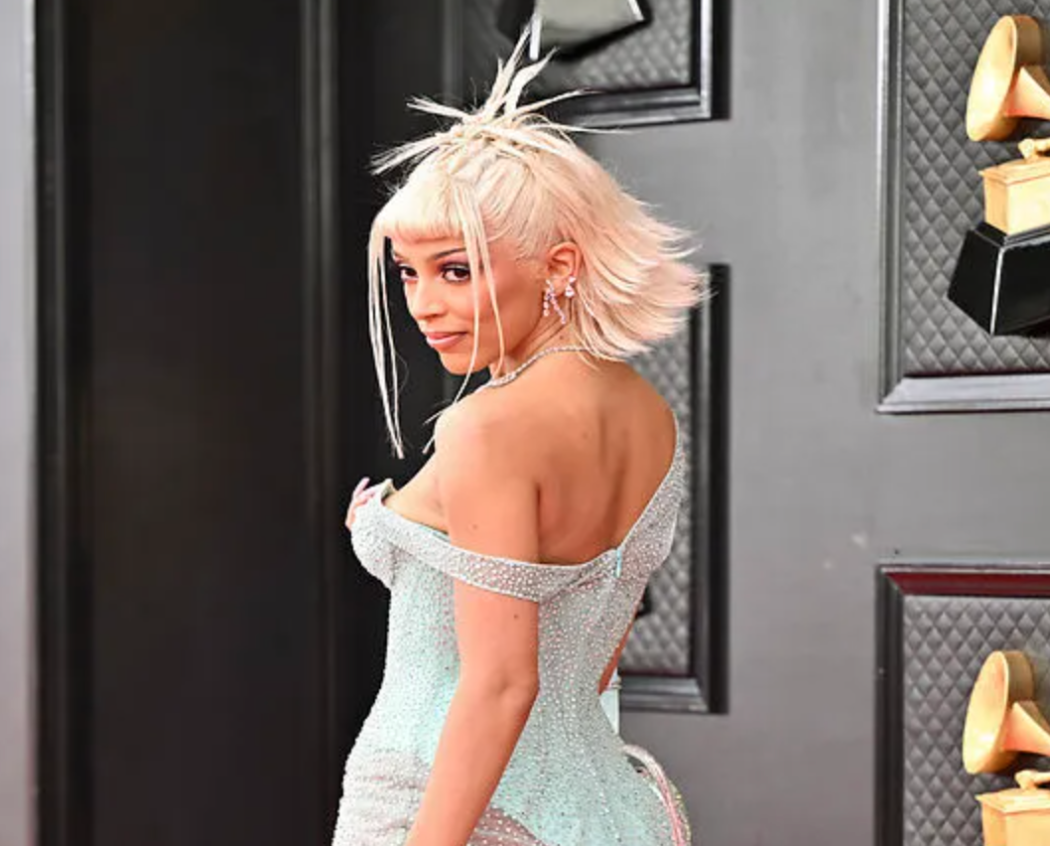 Doja Cat has been having a rough time lately when it comes to her tonsils. Apparently, before the Billboard Music Awards, she had been on antibiotics to treat an infection in her tonsils.

But then she partied hard at the music awards, hitting the vape all night and drinking alcohol, which f**ked up her tonsils even more.

My tonsils got infected before bbmas and i was taking f–kin antibiotics but forgot that i was taking them. And then i drank wine and was vaping all day long. Then i started getting a nasty ass growth on my tonsil so they had to do surgery on it today. He poked up in dere with a needle twice and then sucked all the juice out and then he took a sharp thing and cut it in two places.

That sounds gross as hell. What type of juice came out of there? I bet that sh*t tasted nasty. Doja says she cried a lot due to the pain, but she’s doing a little better now. She’s actually working to get her tonsils removed altogether, which is a pretty gnarly surgery when you’re an adult. Some people say the recovery pain is worse than labor.

Doja also says she is quitting the vape. She’s hopeful that once she’s off it for a while, she won’t crave it anymore.

im quitting the vape for a while and hopefully i dont crave it anymore after that. https://t.co/d2pSS2V5Eg

Man, don’t let those vaping people fool you. At most, it’s probably like 5% better than straight up smoking… AT MOST! In reality, it’s probably doing the same amount of damage.

I don’t know how those companies managed to swindle everyone, but we’re gonna look back on vaping the same way we do smoking.

If Doja does get her tonsils removed, she’ll be away from the stage and recording studio for at least a month or two.