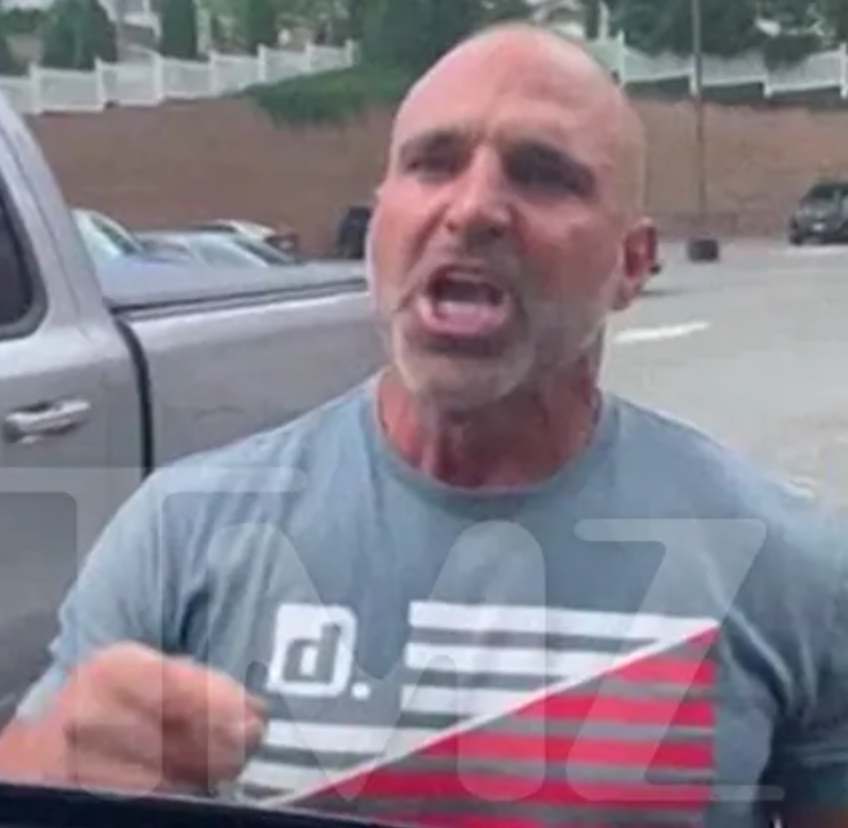 Yikes. Joe Gorga, who is married to ‘RHONJ‘ star Melissa Gorga and is the brother of Teresa Giudice, apparently owns an apartment complex in Hawthorne, New Jersey.

And it doesn’t look like he knows how to properly manage the complex because he got into a pretty heated argument with one of his tenants. As you can see in the video, Joe is coming at his tenant like he’s a crime boss or something. He blocked him in with his truck and yelled at him, demanding he pay rent. According to Joe, the tenant hasn’t paid rent in four years.

But his tenant claims that’s not entirely true. He says he has paid some and Joe also received a large chunk of rent money from the state due to the COVID relief program.

While Joe’s attorney, W. Peter Ragan, says Joe collected nearly $40,000 in COVID rental assistance from NJ, he claims the guy hasn’t paid rent on his own since October 2018 and still owes Joe the nearly $50K sum.

Now if you’re wondering, “Why in the world wasn’t this dude evicted back in 2018/19 before the pandemic even took place?” Well, according to Joe’s rep, he felt bad for him.

Joe initially felt bad for the guy and didn’t want to evict him but as you can tell from this video … Joe’s had a change of heart. Ragan says they’ve now filed eviction papers.

In the video, you can hear the tenant tell Joe not to come at him with a sledgehammer. He also claimed he was going to the police department to file a restraining order.

Sounds like this is one of those instances where it’s hard to pick a side. On one hand, the tenant clearly hasn’t been paying rent. But on the other hand, Joe handled the situation terribly. You can’t be acting like that as a landlord… even in the mean streets of Jersey. You gotta keep your cool and do everything by the book. It’s likely this little outburst of his sets his case back. It’s also in poor taste to always accuse poor people of doing/dealing drugs. That seems to be a common theme for elites, and Joe pulled that card multiple times.

In any event, let’s hope this tenant moves because that sh*t looks toxic as hell.