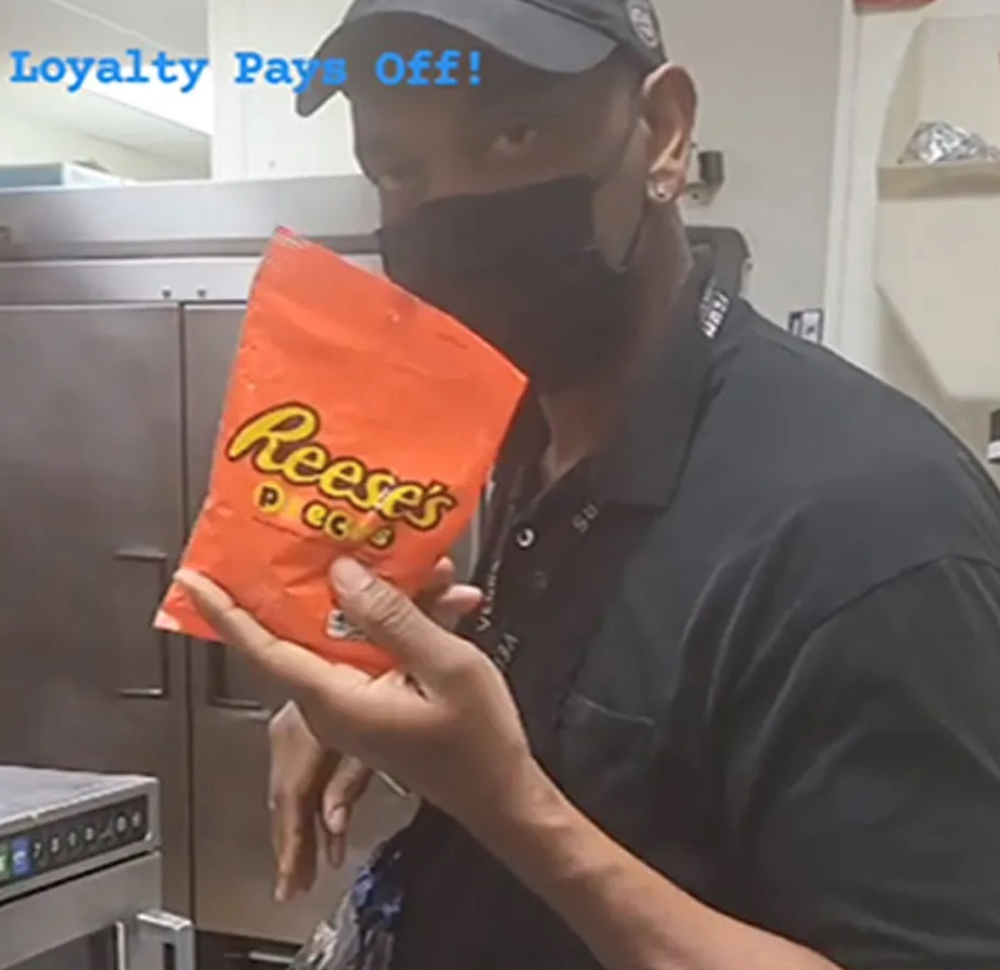 If you’ve been with a company for nearly 30 years, you’d think they show their appreciation with a fat check or at least a new watch. But 54-year-old Kevin Ford basically got what amounted to a kid’s trick-or-treat bag.

Ford went viral recently after sharing what was inside the goodie bag he received for his 27th anniversary with Burger King. That’s right, he’s been a cook/cashier with the fast food establishment for nearly 30 years. In the clip, he claims he has never missed a day of work.

The goodie bag he received had a single movie ticket (so no date can come), a bag of Reese’s Pieces, a Starbucks cup, a couple plastic pens, a random keychain and some Life Savers. I’m fairly confident that prison gives you a more substantial welcome bag. They couldn’t even get him the Reese’s cups? They got him the pieces? Hell nah.

After the clip went viral, people were pissed at Burger King. Ford told TMZ that he received the goodie bag from HMS Host, which is the company from which Burger King hires.

A spokesperson for Burger King claims this gift was NOT for 27 years with the company:

Following review with this location’s franchisee, we’ve learned that this video depicts a Team Member in receipt of a peer-to-peer reward in recognition of a short-term positive performance/experience. The franchisee offers its Team Members a robust employee recognition program, which includes the recognition of tenure milestones and monetary awards.

I don’t know, man. I don’t think this dude is lying. I’m pretty sure if he had received a “monetary award” he probably wouldn’t have made the video.

In any event, things are working out well for Ford. His daughter started a GoFundMe for him, in hopes he’d raise enough money to visit his grandkids in Texas. Last checked, he had raised over $26,000, which I believe is more than enough to visit Texas from Las Vegas.

In fact, Ford says he plans to buy a car (a hybrid) and take a day off… finally.