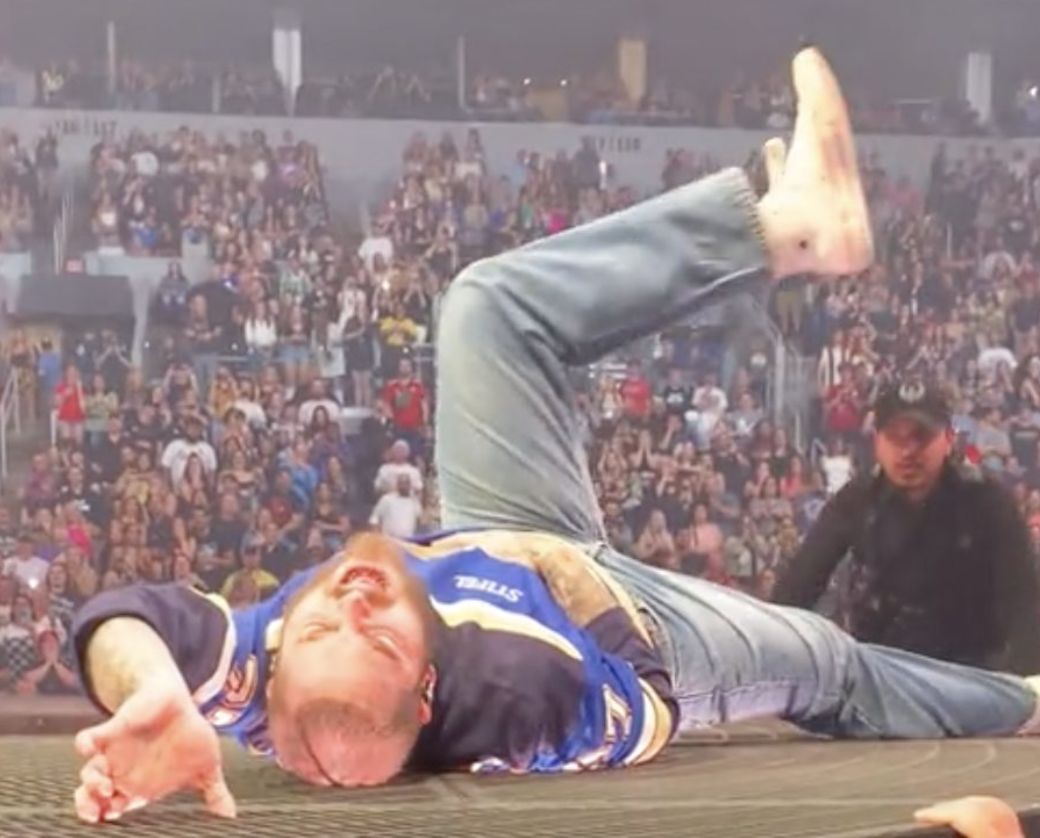 We haven’t seen a tumble this painful since Scarlet jumped on that table and damn near broke her back in the middle of an original tune.

Post Malone was performing in St. Louis on Saturday night when he fell against a hole on stage. The fall looked super painful because it looked like he slammed his entire ribcage against the metal flooring.

Medics rushed to his side and he was brought backstage for several minutes. He then returned to the stage, apologized to his fans, and performed a few more songs. He told everyone in the audience that he was sorry they didn’t get the full show. In fact, he was almost in tears during his apology. He thanked his fans for being the best in the business.

After painfully finishing the concert, the 27-year-old star went to the hospital, but thankfully he didn’t suffer any serious injuries. He bruised his ribs and they gave him some pain meds, but beyond that, he’s good to continue his tour.

Check out his update below:

love you guys so much 💕 pic.twitter.com/eneJWf30fM

Say what you want about Post, but the dude clearly appreciates his fans.