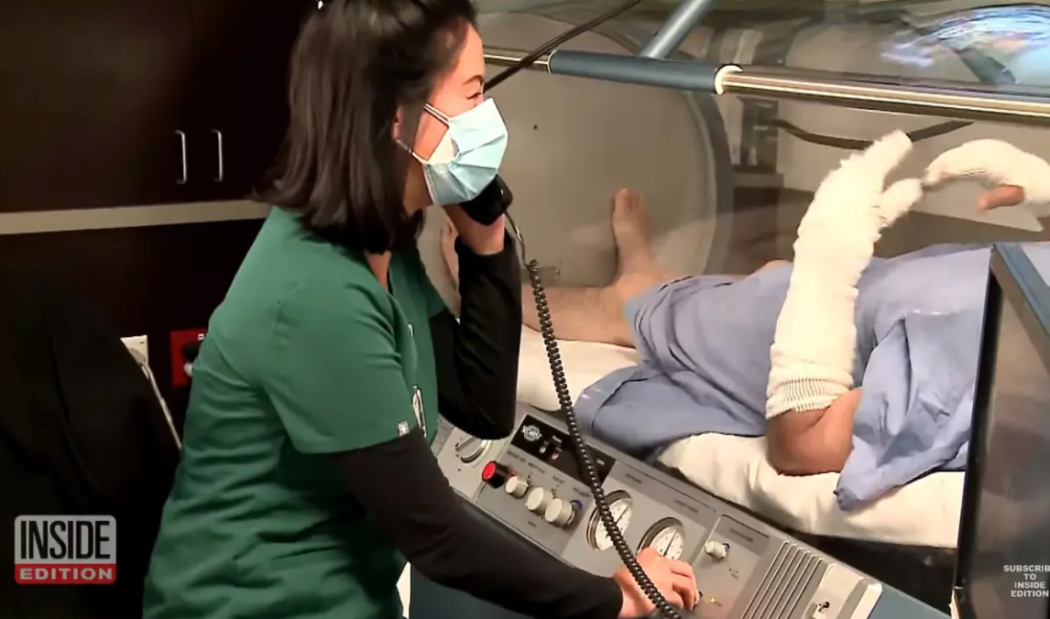 As we told you earlier this week, Jay Leno was severely burned in a freak accident this past weekend. The 72-year-old comedian/host was working in a garage on his beloved 1907 White Steam car when a fuel leak and a simultaneous spark triggered an explosion.

Leno caught on fire immediately, and honestly, he may have died if it weren’t for his friend Dave, who ran over to him and jumped on top of him to smother the flames.

The initial report claimed Leno burned a lot of his face, but thankfully the burn didn’t make it to his eyes or ears. Doctors said he would need surgery to repair the skin and they expected him to be in the hospital for at least a week or two.

In a recent clip from Inside Edition, you can see a heavily bandaged Leno entering a hyperbaric chamber, which helps decrease swelling and increase blood flow with good oxygenation. It also helps prevent bacteria growth.

His injuries are serious, his condition is good. He did well during the first surgery. He is in good spirits today.

Grossman also noted that most patients take a few months to recover from something like this, but he expects Leno to be back on the road much sooner.

As I’m getting to know Jay, I don’t think it’s going to be months. I think he’s the kind of guy who’s gonna move forward.

Here’s to hoping he continues to have a speedy recovery!