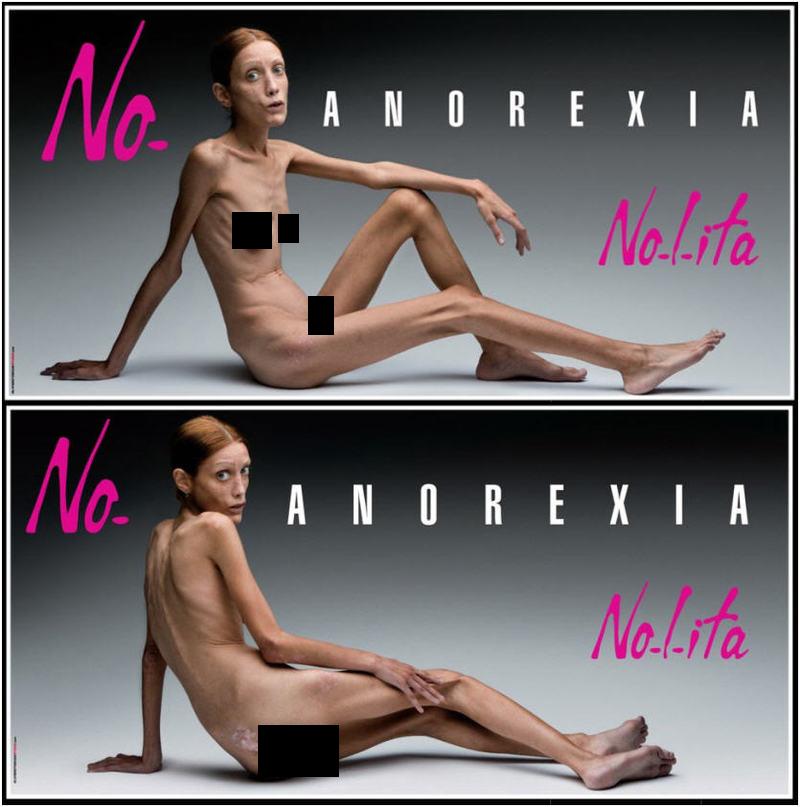 When they say these images are disturbing, that is not to be taken lightly.

Isabelle Caro a French Actress and model, had died at the young age of 28. This actually happened back on November 17th but the pictures and information are just now going viral.
It’s funny, how her close friend and acting instructor Daniele Dubreuil-Prevot said she did not know the cause of death. Really? Ugghh…Lack of a Big Mac!!!
Caro once did an ad back in 2007 for an Italian fashion house under the headline “No Anorexia” which consisted of disturbing billboards, that are still very shocking today.
She was still working and was reportedly returning from a job in Tokyo when she died.  Truly Tragic.

For some reason we are one of the only sites running this clip – I suspect it will be removed sometime today.