After seeing the tweets from Niki we took tried to gather more information on the murder of Minaj’s cousin who was only 27 years old.

He was at the popular C-PAC night club in Brooklyn which happens to be within walking distance from his home when he was gunned down.  He was shot execution style with multiple gun shots to his torso. 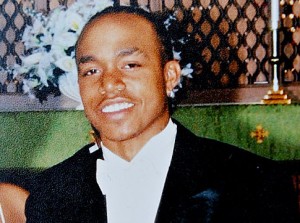 The shooting occurred on East 52nd St. and Farragut Road at 2:40 AM.

Telemaque had some priors but nothing felonious: driving on a suspended license and marijuana possession.

Nicholas went by the nickname “Juse” and was cousins with  Niki Minaj winner of the BET Best Female Hip Hop Artist Award last week.  In typical modern day celebrity fashion she took to twitter to express her grief

“My cousin Nicholas. Also goes by Juse, or @brolicalcoholic* Murdered. Last nite. Near his home. Brooklyn,NY”.

So far no one has been arrested for the crime.