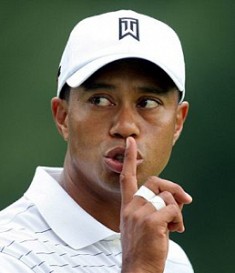 Heat Rub – yeah Baby! Now that’s marketing. Who better to “get their rub on” then Tiger. Tiger Woods has signed a deal, his first one since the scandal broke, with a Japanese company called Kowa. They make Vantelin Kowa rub.
It might sound weird, but some stars that would never do a commercial in the states, make good money overseas. Brad Pit, Sylvester Stallone, Dennis Hopper, John Travolta…..(yeah, we have footage below).
This offer was made to Woods last year.
HOW MUCH IS TIGER WOODS MAKING ON THE JAPANESE COMMERCIAL?
Well Kowa Co. is being tight lipped on the deal. “Ancient Japanese Secret”.
What we do know is that back in 1997, not only was I in High School, but Tiger signed a deal for $1l million with Asahi Soft Drinks.
Wood’s scandal has lost him an estimated $35 million per year! That’s $70 million so far, however he is still PAAAAIIIIDDDDD! Matter of fact, he is still the number one, highest paid athlete in the world, smashing Kobe Bryant’s second place at $53 Million as estimated by Forbes.
Not only does he get paid to do what we do to relax, but he is not even doing that (at least for now as he heals from injuries) and still making money.

Tiger we ain’t mad! Get that Paper!
Here’s Tiger Woods commercial spot, along with some other super famous people in some silly a$$ over seas commercials.
-Cosmo