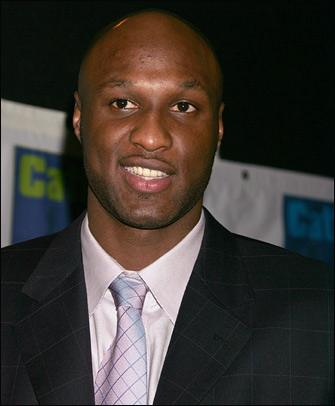 I’m not sure I exactly buy into that.

Reports say that the 15 year old who died due to the car accident, could have survived if someone would have just helped him.

To recap the tragic incident:

First of all everyone wants to know, “What kind of car was Lamar Odom driving”. I actually got emails on that.

Lamar was “being driven” in an Escalade, what did you expect?

Anyway….the motorcycle, driven by Christian Mora was turning the corner when it hit the front bumper of the truck and spun out of control. Then the motorcycle itself hit young Awsaf Islam.

Reports from a 13 year old kid at the scene (Adolfo Ramirez – not sure why we are naming 13 year olds but here is his 15 minutes of fame) but he says dude was laid out and nobody cared, as quoted in the Daily News,

‘Everybody was paying attention to him. Nobody cared about the kid.’

That “him”, was Lamar Odom.

Odom was reported as shedding a few tears at the scene.

Christian Mora got off easy considering, he ended up with a fractured ankle but otherwise in stable condition. Lamar and his driver were both uninjured.

Khloe was not with Lamar at the time of the accident as even I previously reported. How did we get that wrong? Her absence has been confirmed by her publicist. That’s one of those times where you are lucky you don’t have a mistress traveling with you. Way to behave Lamar!

15 Year Old Awsaf Islam KilledSo back to the title of the story, and as the Daily News reports it,

I think that’s a little harsh. It must have been a Zoo-vie (A zoo, and a movie Hot 97 ref. ) Think of the chaos that must have been going on, and then to see all 6 ft. 10 inches of Lamar Odom to emerge from the vehicle…..you can’t really blame spectators too much, of course you would be gawking. Now to say that the boy could have lived if people paid more attention to him….that’s a little harsh without substantiating it. There is no detail of the boy’s injuries. Was the ambulance called too late, should the boy had been propped up, laid down, turned over? You would have to have these facts before you can make a claim that he died because of onlookers. Not saying that it’s not true, but it’s not proven.

Don’t make news out of something that is already news.