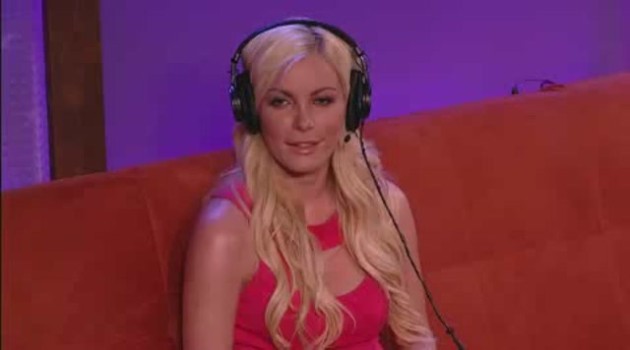 Crystal Harris Talks about Bumping Uglies with Hugh Hefner on the Howard Stern.

Just when Hugh thought the worst was over, the humiliation starts. For the first time in my life, I feel sorry for Hugh Hefner.

What do you get when you mix Howard Stern and a former Glamour model? A typical episode of the Howard Stern Show. Crystal Harris 24, was on Howard’s show and didn’t leave without taking some shots at the Playboy mogul – and these shots were definitely below the belt…if you know what I mean.

She talked about, what I admit I have thought about regarding Hugh Hefner, “Does he have intercourse?” To answer the age old question, Yes….sort of. As she describes the disturbing scenario,

Ok, okay OK, enough. She said the incident or lack thereof only happened once. THANK GOD!! Otherwise we would be writing an RIP post. That’s too much hot chick for an 84 year old man.

With Hugh Hefner in her review mirror she is reported to be dating Dr. Phil’s son. WHAT? Dr. Phil’s son? Who knew he had a son, and does he look like Dr. Phil? The two were seen together at Le Parker Meridien in the City (NYC).

“They were joined by two women who stayed for about an hour,” an onlooker tells PEOPLE. “Crystal was drinking mojitos and laughing, and Jordan was sipping a drink on the rocks. But once their friends left, they really settled in and seemed more and more comfortable.”

Well at least Dr. Phil’s son has a cool name, “Jordan”. But then it’s “Jordan McGraw”, that’s not so cool.

Meanwhile Hugh announced he is dating 2 models now, I guess that’s a second for each one. Lol. There goes my tickets to the mansion.