Holly Robinsion Peete Leaving TheTALK Was Not Official Until Friday! 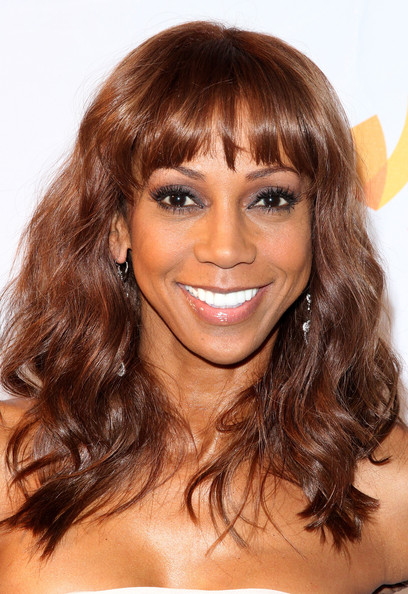 We were one of the first sites to report that Holly Robinson Peete was not going to be back to the Talk.  What we didn’t know at the time was that it wasn’t official.

Well now it is!  Apparently there were strong talks but nothing confirmed.  Today, according to Holly’s blog, it’s official.  She will not be invited back for Season 2 – OFFICIALLY.

She goes out with class.  She writes on her blog the following:

“After weeks in limbo, I was finally ‘officially’ given word from CBS today that I have not been picked up for the 2nd season of The TALK.  I realize there have been several reports and ‘leaks’ for sometime to this effect but until today I was not contractually released which prevented me from moving on and finding other work.”

“While I am relieved to have this closure, it doesn’t diminish my disappointment one bit about not continuing with a show I worked very hard to launch and love dearly.  But I’ve been around long enough to know that while you cannot control certain situations you CAN control how you respond to them. Thank you to CBS for a tremendous opportunity to realize a long held dream of mine to host a daytime talk show. I learned SO much and will cherish and build upon my experience. Best of all I made some friends for life.”

For now, when the show returns, Julie Chen and Gilbert will be back, and Kris Jenner will be sitting in for Sharon Osbourne.  The other slot will be rotated until they find a permanent replacement.

At the end of he day, it’s all business.  It doesn’t matter if you help launched a show, if you have talent or not.  If you are not bringing in the ratings, getting the sponsors or if someone just doesn’t like you….it’s “on to the next”.  Obviously Holly is smart enough not to lash out, but I can, “That’s some Bulls*t”.   Maybe someone will pick her up for something else.  She’s talented and I’m confident that I’m not the only one who thinks so.  She should be fine.

Keep your head up girl.