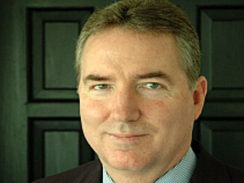 Wow! That’s really all I can say. I consider myself a pretty tough guy, and I’ve gotten my share of a$$ whopping’s growing up, but this is just crazy. They got “Mid-Evil” on her, not to mention that she suffers from Cerebral Palsy.

Before you go on, note that Adams is Aransas County’s top judge, drawing a salary of $138,055 and has had at least 349 family cases in the past year. 50 of which involved state caseworkers determining if parents were fit to raise their children!!!

BACKGROUND
The video is said to be taken in 2004. The reason for the video being posted is to stop this Judge from getting re-elected. It might just work. It better work.
The note with the video states that it was posted by the daughter, Hillary Adams and now Judge William Adams admits that it is him!!

Do you know what the Judge said in his defense?

It happened years ago.. I apologized. It’s not as bad as it looks on tape.

Are you kidding me? It’s every bit as bad. And then his dumb-a$$ wife joins in taking the belt from the Judge to get her licks in. The Judge, not to miss out on the fun, then goes and gets another belt and comes back for more. I think he says, “I didn’t get my left hand in”. I’m not kidding.

Elected in 2001, Adams draws an annual salary of $138,055 as Aransas County’s top judge. He dealt with at least 349 family law cases in the past year, nearly 50 of which involved state caseworkers seeking to determine whether parents were fit to raise their children. 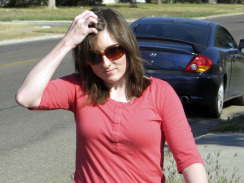 They better put 24 hour protection on this Judge, because people will be gunning from him. This video was offensive to me personally. It’s my duty as an internet blogger to spread awareness and make sure that this guy stays out of our court system. He is not fit to preside over anyone’s cases or represent our legal system in any capacity.

The note with the video read:

2004: Aransas County Court-At-Law Judge William Adams took a belt to his own teenage daughter as punishment for using the internet to acquire music and games that were unavailable for legal purchase at the time. She has had ataxic cerebral palsy from birth that led her to a passion for technology, which was strictly forbidden by her father’s backwards views. The judge’s wife was emotionally abused herself and was severely manipulated into assisting the beating and should not be blamed for any content in this video. The judge’s wife has since left the marriage due to the abuse, which continues to this day, and has sincerely apologized and repented for her part and for allowing such a thing, long before this video was even revealed to exist. Judge William Adams is not fit to be anywhere near the law system if he can’t even exercise fit judgement as a parent himself. Do not allow this man to ever be re-elected again. His “judgement” is a giant farce. Signed, Hillary Adams, his daughter.

If you want take a look – but be warned: This Video Will Piss You Off!!