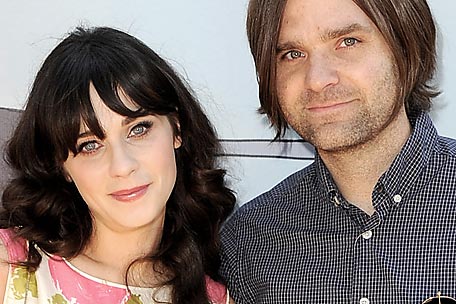 Divorce today is now a trending topic.  Zooey Deschanel and Ben Gibbard are the latest celebrities to part ways.

The two have only been married for two years, after dating a year before getting hitched.  They both shared the same manager back then and were introduced to each other hitting off right away.

Gibbard, 35 who is the lead for Indie Group Death Cab for Cute, was love-struck from day one,

‘I was just awestruck that she was even talking to me,’
I’d seen her in movies and obviously I thought she was very beautiful

After 1 year of dating the couple wed in 2009.  Gibbard popped the question with three carats of “Bling”.  ( I vowed to never use that word again…Sorry).

There seemed to be no hint of trouble in paradise in the media.  In fact, the opposite. Deschanel recently had an interview with iVillage and spoke about her marriage like everything was going well. She sounded very mature and  it seemed as if she understood what marriage was and how to make it work.

“The most surprising thing is that it’s not really different, You still have to make a commitment and think about that commitment every day. It’s not like you get married and then all the work is done for you. You get married and you’re still in a relationship and you’re still doing your best to make it the best relationship you can…You still have to make the effort and be kind and understanding.”

Doesn’t that sound like the makings of a good wife?  We never know what’s going on behind the bedroom doors.  Deschanel at age 32 has hit a career groove with her new show “the New Girl” being picked up for a full season.  She seemed un-phased by the divorce tweeting up a storm – Gibbard on the other hand, has not touched is account since September.

I wonder if there was a pre-nup involved.