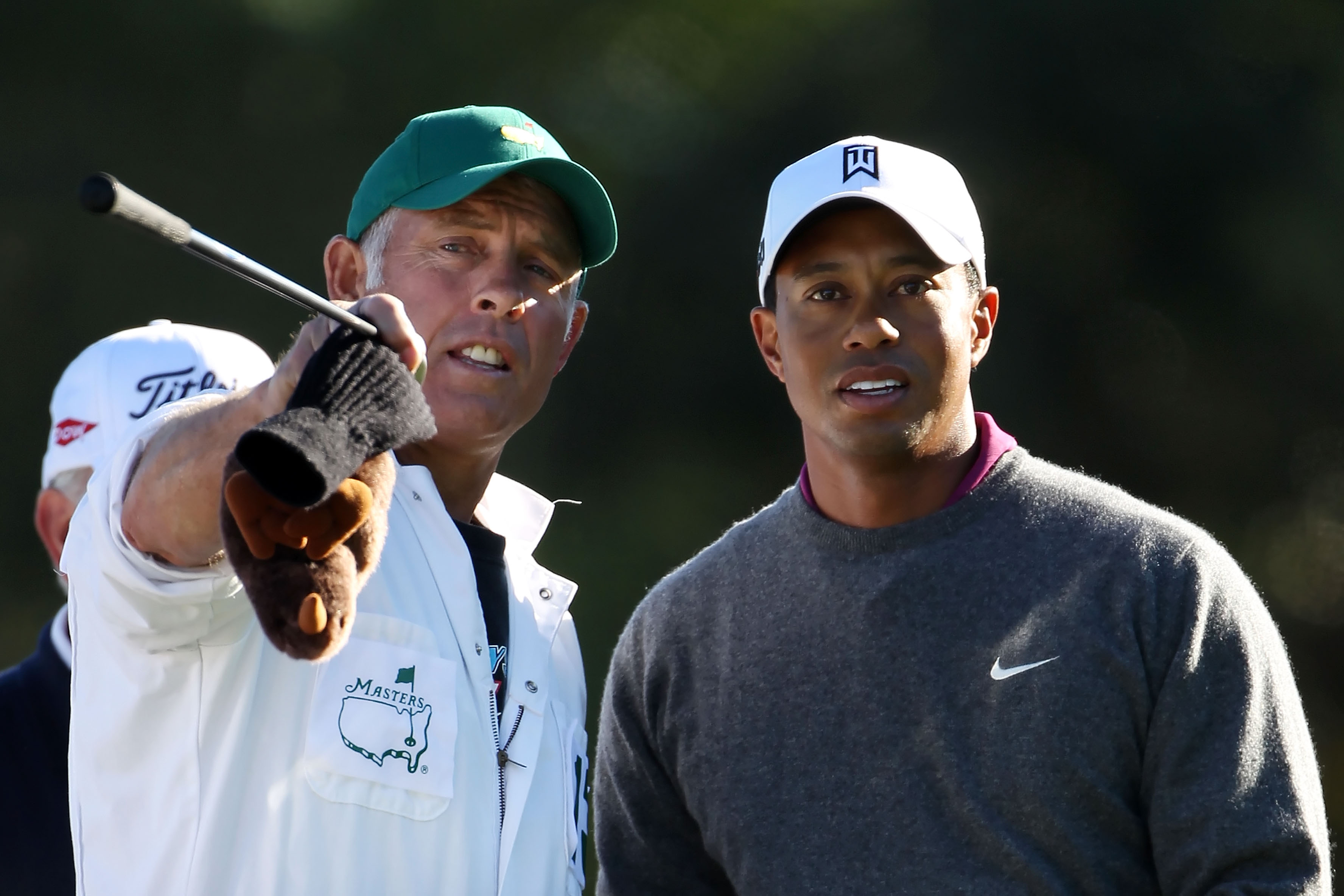 No, he didn’t use the “N” word but with golf being a gentlemen’s game, he definitely went over the line.

To put things in context, it was an award Roast in Shanghai for the world’s top caddies.  Steve Williams was awarded a mock award for “Celebration of the Year” for an interview he had earlier this year after his first win with Adam Scott.  He said regarding that win, that it was “the best win of his life”.  That comment was regarded as a blatant slap to Tiger and is why he received the award.  A regular PGA win versus all the wins he had caddying with Tiger Woods for 13 years, surely that was not the best win of his life.

When Williams was asked during the roast about the “best win of his life comment” he followed it up by saying what the comment was intended to do,

Yes, you have read it correctly.  A grown man, in the game of the whitest pro sport, says to the media, that he wanted to shove it up Tiger’s black a**.

There were both players and other caddies in attendance and it sent a shockwave throughout the crowd.  Some people laughed nervously while other just sat wide eyed and astonished. BRITISH MEDIA WERE FIRST TO BREAK THE STORY

Well the British tabloids got the story and it was off to the races.  Those guys take gossip to a whole new level and it was in all the papers before Williams could wipe the sleep from his eyes the next morning.

When he found out, Williams was shocked.

“Why would they do that?” he said. “The whole thing was meant to be fun.”

“I apologize for comments I made last night at the Annual Caddy Awards dinner in Shanghai,” it said. “Players and caddies look forward to this evening all year, and the spirit is always joking and fun. I now realize how my comments could be construed as racist. However, I assure you that was not my intent. I sincerely apologize to Tiger and anyone else I’ve offended.”

Woods, who is in Australia got wind of the news in no time.  His agent Mark Steinberg released a statement,

“I was with Tiger last night when he heard the news. We got multiple calls from people who sounded like they were leaving the caddie party. Tiger obviously wasn’t there. He doesn’t know exactly what was said. But if multiple reports — which all seem to be accurate — are true, then it’s sad it’s come down to this.”

“It’s a regrettable comment, and there’s really nothing that Tiger can do or say. He’s just going to move on.”

I totally agree. Steve is proving himself to be a buffoon.  You had 13 years and made a sh*t load of money playing with Tiger for 13 years.  Get on with your life, or at least stop making dumb-ass comments.  You are only putting Adam Scott, your new boss in a tough position as he’s got to deal with all this drama….and by the way…Woods and Scott are to be in the same group next week at the Australian Open, and there’s chance they also could face off at the Presidents Cup in Melbourne the week after.

So the drama will definitely be continuing.

Just how much as Williams made by playing with Woods?

Last year on the PGA Tour, 172 golfers played in at least 20 tournaments. Those golfers averaged $1.24 million in earnings. If each of those golfers used one caddy for the entire season, that would mean those caddies averaged a $124,000 cut for the year. Not terrible. But that is a different lifestyle than Williams is probably used to.

Williams has made more in the last 12 years with Tiger than most caddies will make in their entire careers. He might be upset with Tiger, but he also has 8.8 million reasons to be grateful.