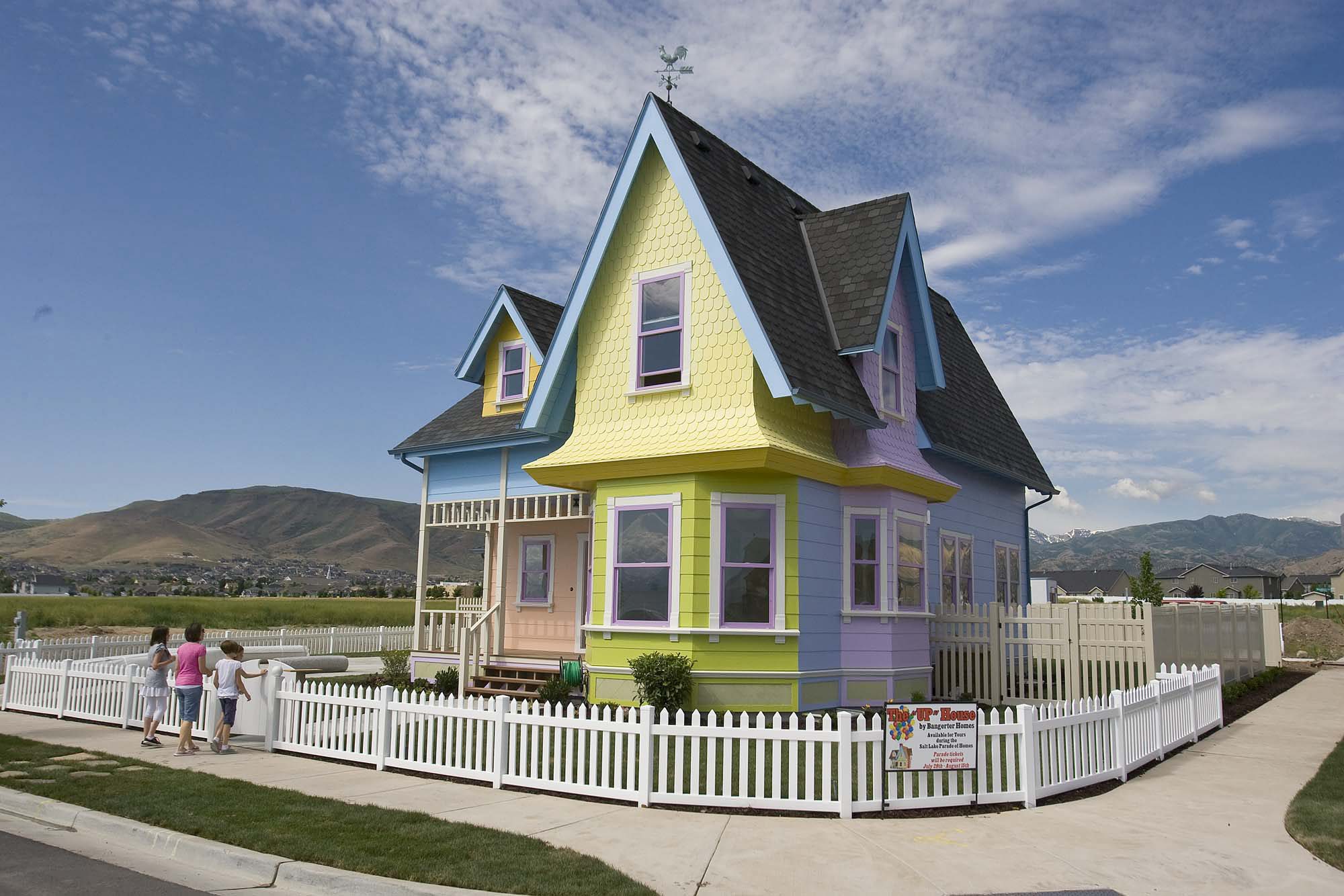 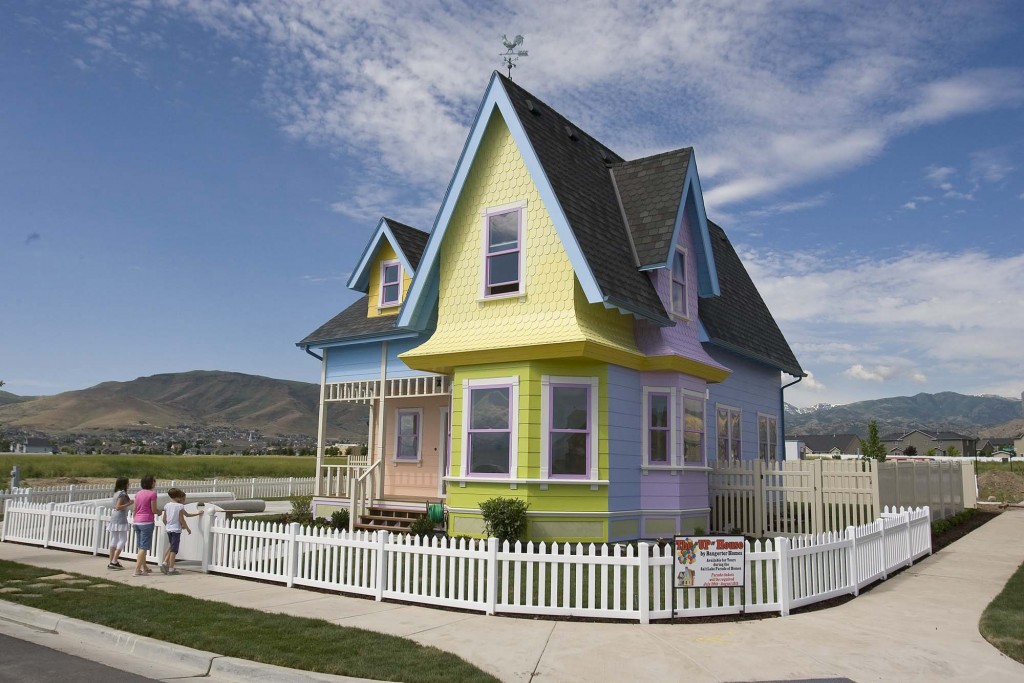 This house was made by Bangerter Homes a company that does custom dwellings.  The house is 2,800 square feet and was produced as a direct replica of the one in the film.

Before the house was sold it was doing its share of earning.  People were getting charged $10 to look inside the house and take pictures.  To date an estimated 45,000 people paid the $10.

Disney is known for not giving the rights to anything for any reason but the builder Bangerter was able to get permission to build the house.  They said that he could build one and take the profits, but only one. 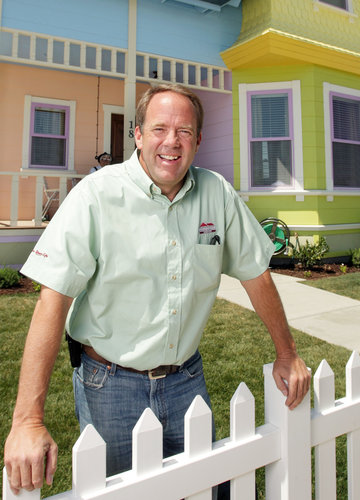 Builder Bangerter and his Creation

Bangerter duplicated the house by watching Up over and over especially the beginning when Carl (the old man ) is young and newly married and the animated couple remodels the house. To stay true to the houses cartoon design, Bangererter built a fake chimney to mimic the one in the film.  This location did not match where the fireplace was in the real house so the real fireplace vents in another location

A California couple, Clinton and Lynette Herriman are buying the house for the price of $400,000.  They were actually looking for a house similar to the one in the movie when they caught wind of this one in Utah.

Clinton was visiting his dying grandmother and came across the house. The couple are huge Pixar / Disney fans and had to have it.  It was a dream come true for them and Bangerter didn’t mind selling it to them.

“They love it. They want to leave it just as it is, We’re leaving it in good hands.”

“There’s Disney magic all through it, We’re so glad so many people have had a chance to see it.”

Take a peek inside the house.  The appliances are off the chain!!