Marc Anthony Refuses to Work with Jennifer Lopez because of Casper Smart! 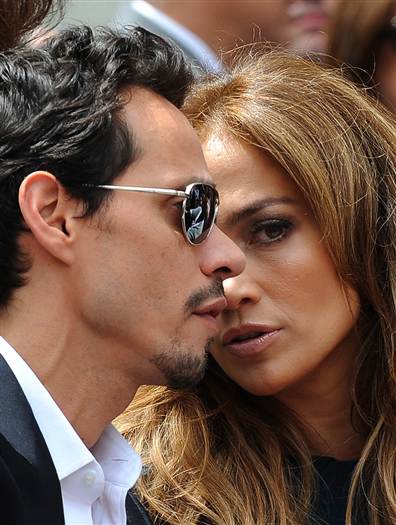 I knew it was a matter of time before Marc Anthony was going to be fed up with all this Casper nonsense.  It all came to a head during the filming of their reality show, “Q’Viva! The Chosen”.

Although Marc Anthony, despite their divorce, agreed to continue to work with J-Lo, he has not been seen with her since the appearance of one, Casper Smart.  At first it appeared to be a coincident but now insiders are saying that Anthony is refusing to work with her.  They had an argument while she was in Morocco and Marc Anthony called in.   As told to Star Magazine,

‘Marc and J-Lo had a tense conference call while she was in Morocco.

‘Inevitably, the discussion boiled down to her new boyfriend (Smart) and Marc made the decision not to work with Jennifer last week as a result.’

He also reportedly told Simon Fuller (the show’s creator) that he, simply “Can’t work with her”.

Right now the producers are talking and working with Marc Anthony to keep him engaged with the project.

I can’t say I blame him.  If Jennifer Lopez wants to date a 24 year old guy, that’s fine.  Just don’t have this back up dancer, street racing, 24 year old, thug wanna be, around my children.  How about you get to know him first, introduce him to me, and then bring him around the kids.

I think in the end money will talk and Marc Anthony will complete the filming but he won’t be happy.