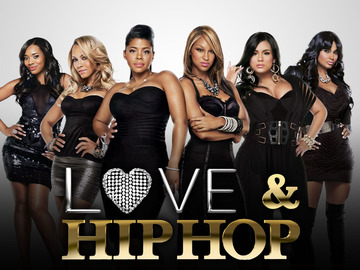 Love and Hip Hop – Season 2, Episode 7. These Are The Breaks – Jim Jones and the Gangsta Proposal Ok, I have to give props when props are due, the show has stood the test of time for me.  The character development and the weaving of story lines is well done; more on par with Housewives then the “God awful” Basketball wives – which I still watch anyway.

I was happy to see that Chrissy finally got a ring.  Quite frankly her bitchy-ness was starting to get on my nerves.  I like her, she might even be my favorite character aside from Jim, and 8 times out of 10, she is right, but sometimes it goes too far.   For instance, the beef with her and Yandy.  When Chrissy and Jim’s Mom were going at it, it was cute; but beefing with Yandy is going to mess up the $6000 shoes and all those outfits Chrissy and her no job-a$$ is wearing.

A LITTLE BACKGROUND ON CHRISSY (Alleged)

In case you didn’t know Chrissy Lampkin, according to my sources is 42 years old.  Hence the pressure.  Here is a little more on her:

“Chrissy has been hustling since she was 15 years old. She’s now 42, and she’s been using her p*ssy to get Gucci and gold.

Chrissy and her crew were involved in different crimes like credit card schemes, shoplifters, mules from NYC to D.C. They were setting up dudes to get robbed. Chrissy has dated dope boys like the infamous drug kingpin Alpo Martinez and his partner Rich Porter also three New York Knick players. She even slept with Jay Z when he was 23 years old.

Chrissy’s last trick/sponsor/boyfriend cheated on her with a popular video hoe. Chrissy decided to rob him for $32,000 then she ran to Miami to shop and have fun on his dime. Then dude and his crew tracked Chrissy down. The Nicca knocked out her front teeth and in return Chrissy had her peeps send him a message that if he does not pay for her dental bill and buy her breast implants he’s going to get hit with the Rico Act. Dude paid all Chrissy’s bills and that was the end of her and street dudes.

Chrissy took her skills to reality television hoping her broke rapper boyfriend will help her to continue to live a easy lifestyle.”

That info came by way of “diaryofahollywoodstreetking.com”.  Is it true…I don’t know, but if Chrissy teeth are fake then it would lend us to believe at least part of it’s real.

BACK TO THE PROPOSAL……

Jim’s a smart dude.  He saw that there would be no peace in his life if he didn’t pull a ring from somewhere.  It was to the point that Chrissy was just out her mind.  I thought Jim was totally right, and well spoken during the whole clothing design conversation.  When he said she was a partner by default, she was the one that got mad, not him; but yet when they were in the bed she said he got mad at her.  She was literally losing her mind.

I was feeling bad for Jim more then anyone.  Jim probably got the letter from Yandy, saying that she quit.  As a businessman, he knew that his paper was in jeopardy.  He called Yandy, said enough was enough and that he would take care of Chrissy.  Scoops up the ring, shoots down to Miami, and gives her the gangsta-ass proposal. There was no getting down on one knee, there wasn’t even a two handed hug.  It was like “BLOUWW”.  But it was good to see him with the big Kool-aid smile….and I have to say, he was lookin’ smooth (no-homo). Getting the ring is the easy part, setting  a date and walking down the aisle, that’s a whole new challenge.  Jim did what he had to do, to keep his life together, he didn’t do what he wanted to do.

I just want to add that for someone who is so protective about her man, Kimbella showed no affection towards Juelz when he arrived, or when she left.  WTF was that all about.  I think it was weird.

Also and this goes for all the women, all the “My Daddy this…and My Mommy that…” crap has got to stop. We all had “F’d’ up childhoods, but if I throw a glass at someone, I would be having an F’d up adulthood too! Real Talk!  I get it, that there needs to be something for the women audience to relate to, and feel like they are just like these girls…..but you are not!  You don’t wake up with make on, and go grocery shopping in Louboutins. For that reason, you should be fed up with the whining too.

And….there is never a need for me to know when any two girls that I’m not having relations with, are on their cycle.  Kimbella – that’s TMI, for real!!!