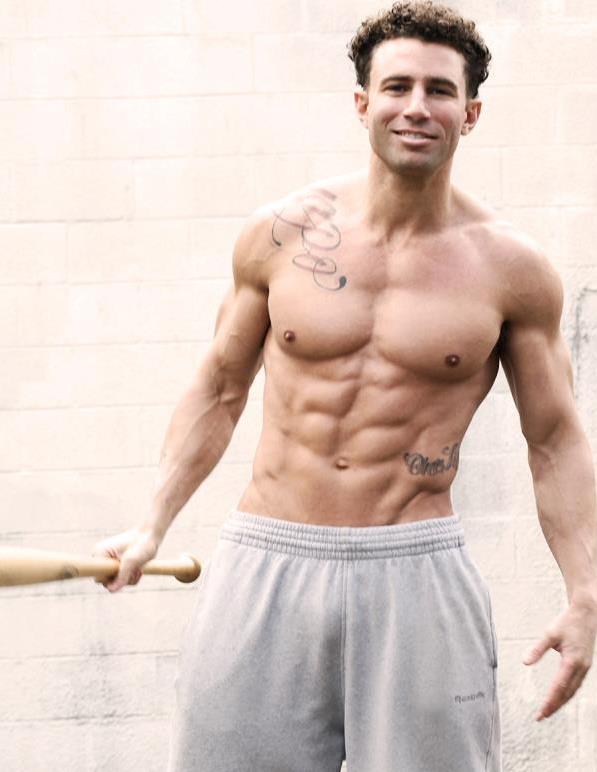 The unit’s nickname should be “U Big Dummy!”

He had it made in the shade.  “The Unit” is Mike “The Situation” Sorrentino’s child hood friend, named for the size of his unit.  He debuted on the Jersey Shore during the Season 5 Premiere this week, and I have to admit he was an interesting distraction to the house.  Apparently he was there when Snooki and the Situation hooked up earlier as a witness to Mike’s claims and that added to the drama of the Premiere episode.  Not a bad lookin’ dude, ripped to hell, but has the personality of ..someone who would be best friends with The Situation.  Pure Douche-baggery.

The Unit was arrested way back in July of 2011.  No one cared because we didn’t know who Johnathan Manfre was until Thursday night.  Now we are all ears.  He was charged with 3rd degree FELONY drug possession, an offense that could easily give him 3 to 5 years behind bars.  I bet you are wondering what kind of drug huh?  How about, HORSE TRANQUILIZERS!!!  He had a drug called ketamine aka “Special K”.   Everyone is saying now…”Oh Special K”.  (Read the effects of special K below).  Yeah..Special K.  Still a serious drug.

As verified by Detective Korman of Seaside Height PD, he was caught with a white powdery substance.  He was arrested as he was trying to get back into the MTV shore house at 3:00 AM, and had a run in with security.  They found the drugs on him and he was arrested, posted $1000 in bail and let go.

He has a court date set for this January where he will find his fate.  He’s taking the whole thing in stride as he was recently seen in Beverly Hills.

Already attempting to cash in on his so far single appearance, he’s got a website, Jonnytheunit.com, a logo, and a fan page with nearly 8000 fans.  He also does a fairly good job at making sure we all know that he is dating some chick named Amia Miley, whoever she is.  Let’s see how far he can take this “Unit” schtick, assuming he can stay out of jail.

Here is a Christmas video he made

Ketamine produces a dissociative state, characterised by a sense of detachment from one’s physical body and the external world which is known as depersonalization and derealization.At sufficiently high doses (usually only when administered IM), users may experience what is called the “K-hole“, a state of dissociation whose effects are thought to mimic the phenomenology of schizophrenia