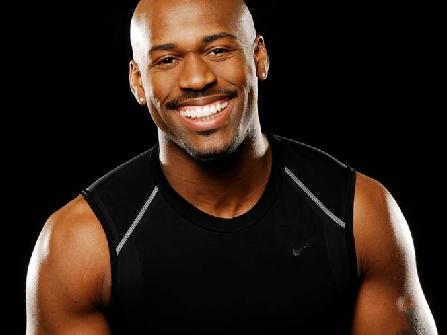 I was actually doing a different story about Dolvett when I stumble onto his Facebook account and realize the The Biggest Loser trainer has just broken his ankle!!

He tweeted a picture of it confirming that it was broken.

HOW COULD DOLVETT QUINCE BREAK HIS ANKLE?

In a series of tweets Dolvett proves that his Biggest Loser inspiration is not just for the show.  He is ready for adversity, even as it applies to himself.  This Season of the Biggest Loser’s “No Excuses” theme applies to his personal life.  The man practices what he preaches.

When Dolvett is asked by one of his tweeps,

How do you/would train with that kind of injury?

In true to the game fashion Dolvett replies, NOT GOOD PUBLICITY FOR SKYROBICS

As far as Sky Robics is concerned, there were already rumors of breaks and injuries so once the word gets out that Dolvett broke his ankle….YIKES!  If this seemingly invincible dude can break his ankle what about your average Joe. You know why I like this dude, because he recognizes opportunity.  He’s not just an overnight sensation.  Yes an overnight superstar, but if you check on Youtube, he’s been putting in crazy work for the last 10- 15 years.  He understands opportunity and when Jillian Michaels decided that she was big enough to be her on brand, and Anna Kournikova missed an opportunity by not connecting, with not only the contestants, but the producers or the audience.  In steps Dolvett!

He is taking this Biggest Loser opportunity to the max. He realizes he is now an integral part of a multi-million dollar mega franchise and his effort and passion show his commitment.  NBC lucked out with him as much as he with them.  You now have more black women engaged in the show (including my girlfriend…smh), and more women in general.  His SWAG is enough where guys can confidently be fans without appearing “girlie”.   I just hope the broken ankle doesn’t set him back…..because at this point I have to assume that, that’s a million dollar ankle indeed.