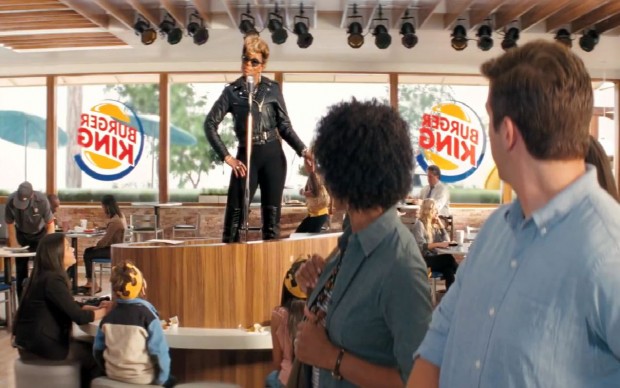 It’s been a week since the commercial was on Youtube and then pulled off and I can’t get the song out of my head!

Burger King first said the spot was pulled due to a music licensing issue, then later came back and said that it is in the process of re-editing the spot.  It was supposed to be a dream sequence but that doesn’t appear to be the case.

When the spot was aired on a limited local TV spot and released on Youtube, the public took to twitter crying out that it was racist and perpetuating African American stereo-types.

Mary J. Blige doesn’t defend the commercial itself, she just says that she would not put out an unfinished product, stating,

“I agreed to be a part of a fun and creative campaign that was supposed to feature a dream sequence. Unfortunately, that’s not what was happening in that clip, so I understand my fans being upset by what they saw. But, if you’re a Mary fan, you have to know I would never allow an unfinished spot like the one you saw to go out.”

I hope Burger King decides to bring the commercial back.  It’s super catchy, and it’s Mary J. Blige.  Watch it for yourself…..you will be singing this song all week!!