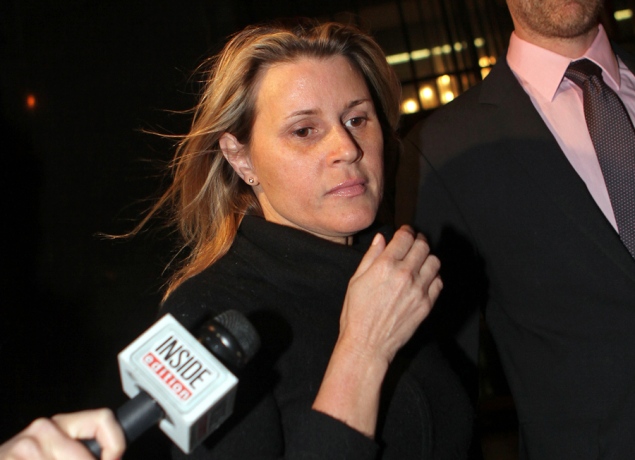 This chick is straight crazy!

Alec first met her in 2002 when he did a cameo on the movie “The Adventures of Pluto Nash”  She was a publicist at the time and now the Canadian is being described as an actress.

Her recent stalking events have been highlighted by 3 recent incidents,

MARCH 31ST
Sabourin showed up at Alec Baldwin’s New York home in Greenwhich Village.  Baldwin was not home at the time.

APRIL 5TH
Alec Baldwin was hosting a screening of “Last Tango in Paris”.  Sabourin showed up and had to be removed by security.

April 8th
Sabourin showed up at Alec Baldwin’s apartment in the city (NYC).  Again Alec wasn’t there; he was in the Hampton’s.  The doorman called him in the Hampton’s and told him that Sabourin was looking for him.  That was enough, Alec called the police and she was arrested and charged with aggravated harassment and stalking.

On top of the physical stalking there were also numerous texts and emails. Sabourin expressed that she wanted to have his baby and that she needed money.

During her arraignment her defense lawyer Julie Sender said that the texts and email were mutual; offering that there was some type of relationship between Baldwin and Sabourin.

There is speculation that the recent activity by Sabourin could be a result of the 54 year old Baldwin’s announcement to wed his current 28 year old yoga instructor girlfriend Hilaria Thomas.