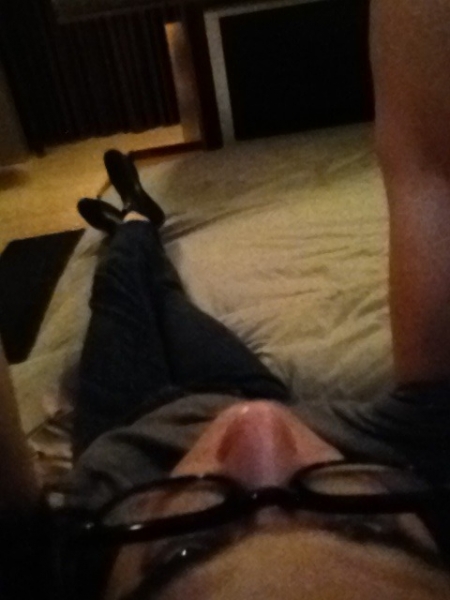 Demi Moore is Back on Twitter, Still Using @mrskutcher

Then she tweeted a picture of herself lying on a bed.  Don’t worry, she’s fully clothed, including socks.  She sent another tweet today showing a picture of the beach saying,

“I saw a piece of heaven smile at me and was reminded it is not how much we do but the appreciation with which we do it!”

Besides all the philosophical crap that stars try to tweet to show how deep they are, this tweet shows that Demi is indeed doing better.

This is the first time we have heard from her on twitter since she entered rehab.  Her publicist claimed it was exhaustion but there were audio clips released and rumors of her doing whippets and other drugs. It’s also a good sign that she is doing well amongst rumors of Ashton dating Rhianna and now as of today, Ashton and his former co-star Mila Kunis! The Kunis rumors were quickly squashed by Mila’s people in a statement,

“They’ve been friends for years and they had dinner with a bunch of friends. They’re not dating.”

We all have been doing this long enough to know that statements are just as good as the gossip blogs they are written on.

Welcome back to the Social Media world Demi.  Now it’s time for a new twitter handle!