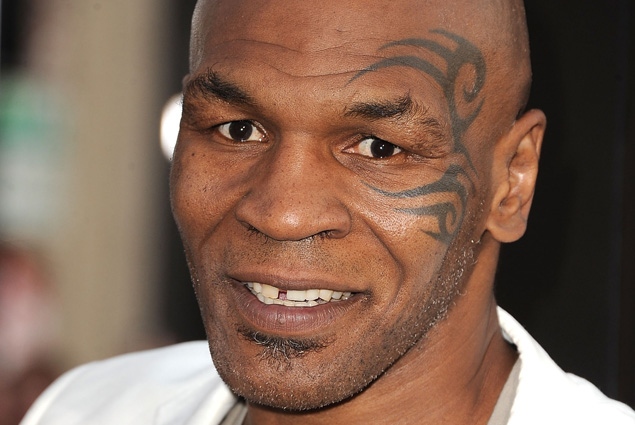 In the wake of all the positive buzz over Mike Tyson’s one man show in Vegas, comes the reports that he impregnated one of the prison workers while he was in jail.

During an interview with Rick Reilly from ESPN, Tyson was asked if he omitted any material from his one man show.  His answer  – (Yes, you may do the Mike Tyson voice impersonation while reading…it’s Ok):

‘I didn’t talk about getting a prison official pregnant.

‘Oh yeah. In prison, stuff happens. But she had no baby.’

The assumption is that it happened when he went to jail serving 3 years out of his 10 year sentence for rape. That’s the only time where he spent a substantial period of time in one location.

The sentence was served at the North Plainfield Correctional Facility, known as just the Indiana Youth Center back in 1992.

He also served 9 months back in 1998 for a Road Rage incident, the Montgomery County Detention Center in Maryland.  9 months is also enough time to get an officer to let you smash, especially if you are Mike Tyson and the world is expecting you to get out, fight once, and be back on top.

During his interview with Reilly Tyson also revealed details of his extensive drug use,

‘I just liked morphine, but I had to take a lot of it because it didn’t stay in your system for a long time.

With the help of his current wife Kiki and the sobering death of his daughter Tyson appears to be on the straight and narrow……for now. Only time will tell.