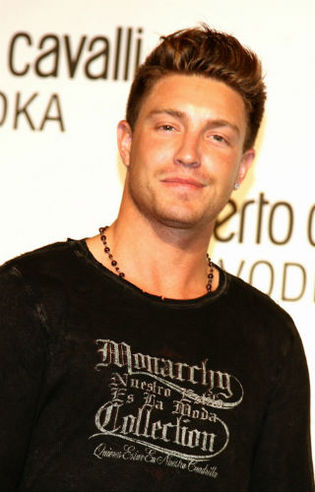 Video of Lane Garrison Slapping Mattingly might Seal his Fate!

Lane Garrison was in a prison that he couldn’t break out of this time.  The Prison Break star was arrested on Sunday and decided to spend the night in lock up.

He was arrested on charges of domestic violence against his ex-girlfriend Playboy Playmate Ashley Mattingly.  The incident happened on Saturday night but after the cops were called Lane Garrison broke out.  When the police arrived they could see what they call “visible marks” on Mattingly.

Garrison’s attorney says that his client is innocent.  He said he was dog sitting for a friend who lives in eh same building as Mattingly when he ran into her in the lobby on his way out.  The two started arguing and Mattingly got so pissed that she hurled Garrison’s cell phone against the wall.  He then, only put his hands on her shoulders to sit her down in a chair.  Then he left.  He says that the injuries that the police found were probably self-inflicted. Shortly after writing the top half of the story, security footage from the lobby was released and you can see Mattingly with a cell phone in her hand and Garrison “Beyatch Slapping her”.  That is a wrap! The stakes are high for Garrison,  He is on parole from a car accident in which he killed a high school student back in 2006.  He was only 5 days away from being completely off parole, but if convicted not only would he be charged with domestic violence, but the manslaughter charge will be back on the table.  From the looks of the video footage, he’s toast.   As they say, Ray Charles can see that he’s guilty.