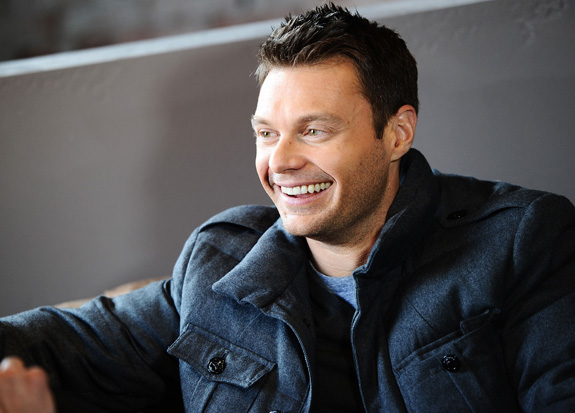 You can call Seacrest a lot of things but stupid is not one.  There were rumors that this would be his last Season of Idol, even rumors that he would be starting his own “American Idol” type show.  He put them all to bed because he has renewed his contract for a minimum of two more seasons with American Idol.

No one is more relieved than Mike Darnell, one of Fox’s presidents.  He said in a statement to the press,

“His ability to engage the viewers, keep the contestants at ease during intense moments and adapt to any situation, especially during the live shows, solidifies him as the absolute best in the business.”

HOW MUCH IS RYAN SEACREST’S NEW CONTRACT?

How about $15 million.  Not bad for a two night a week gig, but trust me Ryan is working much more then just two nights pwer week and he is making much more than $15 million a sum that Idol can afford to pay because it’s still the most watched show in the Us; 11 season strong.

“For the last 11 seasons, I’ve had the privilege to be a part of one of television’s most iconic shows. It’s been a wild ride, and I’m excited for my journey with American Idol to continue.  The legions of fans, amazingly talented contestants, judges, and producers, along with the hard working Idol crew, impress me every time we go on air and make hosting the show a dream job. I especially appreciate the support and confidence of Peter Rice, Mike Darnell and the entire Fox team — as well as the support of everyone at FremantleMedia North America — and I look forward to continuing our partnership.”

Very eloquently worded, very appropriate and seemingly humble.  The boy is Good!! He will ride Idol until the wheels fall off, with his Radio Shows,  American Top 40, and On Air With Ryan Seacrest, Executive producing credits for Dick Clarks New Year’s Rockin’ Eve, Keeping up with the Kardsahsian’s, Chloe and Lamar,  reality shows including Mommas Boys and Bromance, Shahs of Sunset and Laure Ann Gibson’s Born to Dance, he just might be the busiest man in showbiz.  Literally.   His total salary is about $45 – $65 million per year.

Seacrest also gets paychecks from co-ownership of eight restaurants and a clothing line. Here his how he stacks up.  His Earnings according to Forbes since 2006.