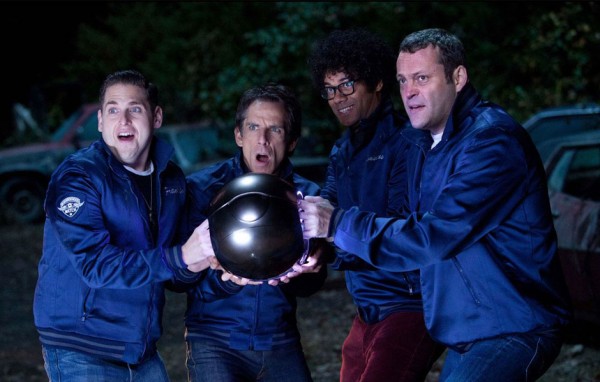 Fox changes Ben Stiller Movie Title and Poster to Distance itself from the Trayvon Martin Case.

You have to stand up and applaud Fox.  They are being proactive instead of reactive.  They had the foresight to change the name of an upcoming Ben Stiller comedy from “Neighborhood Watch” to just “The Watch”.  Someone at Fox networks had their thinking caps on.  This will remove any kind of association to the Trayvon Martin case which would undoubtedly alienate some film goers.

The film is about dads from the suburbs who are hunting down aliens. It’s a light hearted comedy and should not fall victim to the recent racially charged Trayvon Martin case.  Fox also took the precaution and shot a new promotional trailer.

They released a statement explaining why they made the changes,

“As the subject matter of this alien invasion comedy bears no relation whatsoever to the recent tragic events in Florida, the studio altered the title to avoid any accidental or unintended impression that it might,” They didn’t.  They also removed the poster which showed an all black shadow figure with a cross through it riddled with bullet holes.  Yeah…changing that up was probably a good idea.

Now we can stop worrying and enjoy the movie. BTW Vince Vaughn and Jonah Hill are also co-starring in the film.  It hits theaters July 27th.  Peep the trailer!